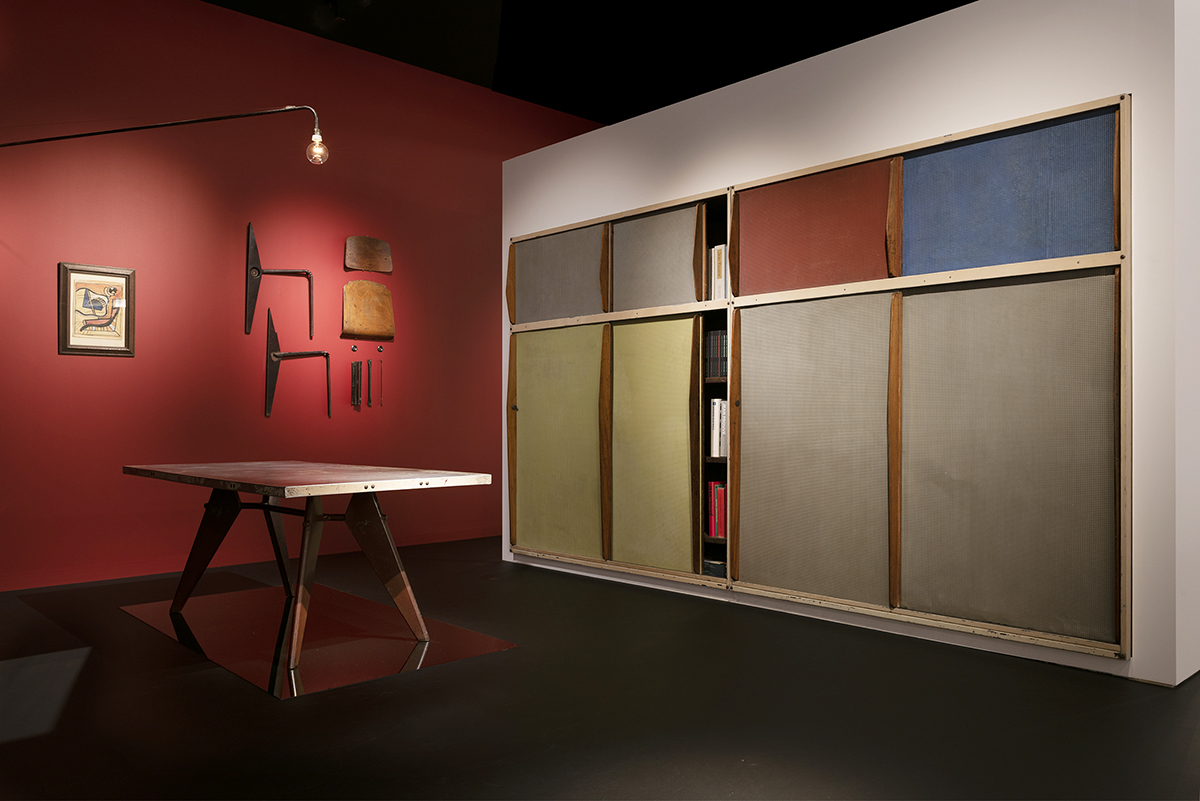 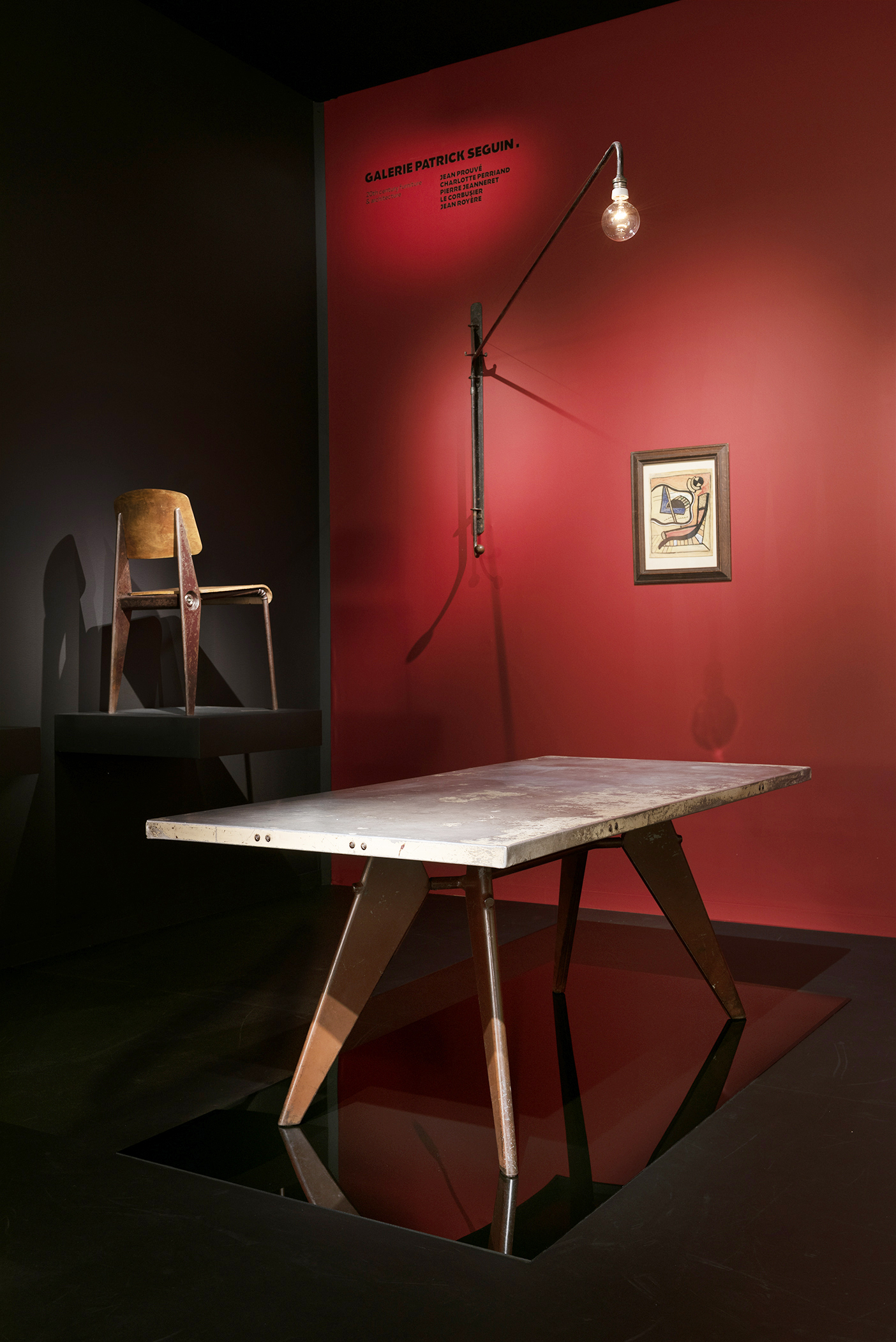 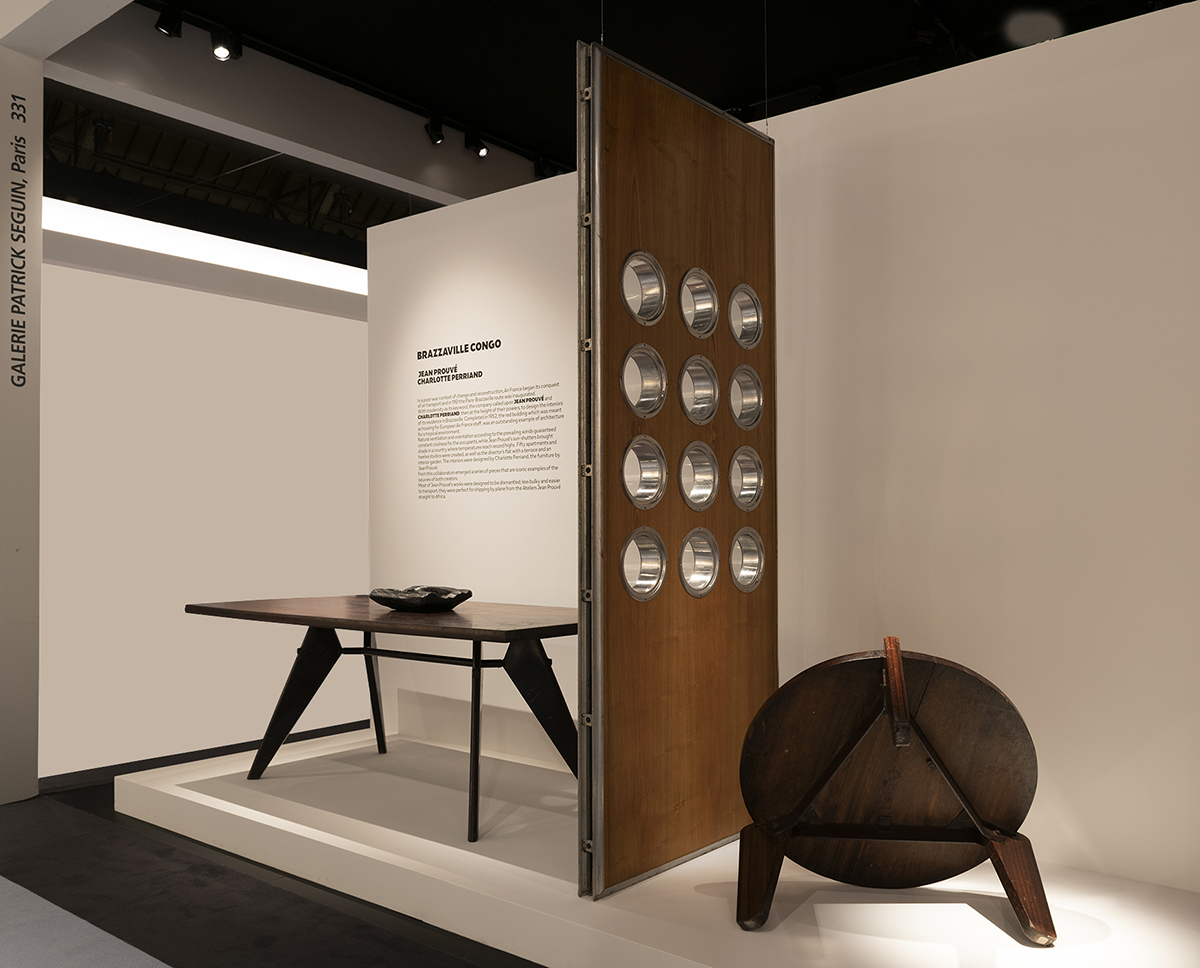 GALERIE PATRICK SEGUIN is delighted to be exhibiting a fine selection of furniture by JEAN PROUVÉ and CHARLOTTE PERRIAND, from Brazzaville, Republic of Congo.

In a post-war context of change and reconstruction, Air France began its conquest of air transport and in 1951 the Paris–Brazzaville route was inaugurated. With modernity as its keyword, the company called upon Jean Prouvé and Charlotte Perriand, then at the height of their powers, to design the interiors of its residence in Brazzaville.

Completed in 1952, the red building which was meant as housing for European Air France staff, was an outstanding example of architecture for a tropical environment. Natural ventilation and orientation according to the prevailing winds guaranteed constant coolness for the occupants, while Jean Prouvé’s sun-shutters brought shade in a country where temperatures reach record highs.

The installation will comprise two very rare Jean Prouvé S.A.M. tables as well as two exceptional demountable Cafétéria chairs, an iconic swing-jib lamp, two elegant cupboards featuring a diamond point motif and rare colour range, as well as a sleek Guéridon. One of the three exceptional no. 507 tables by Charlotte Perriand will round off the presentation.

These are iconic examples of the oeuvres of Jean Prouvé and Charlotte Perriand. Comfortable, robust and functional, some of the pieces are displayed here in their modular state. Most of Jean Prouvé’s works were designed to be dismantled; less bulky and easier to transport, they were perfect for shipping by plane from the Ateliers Jean Prouvé straight to Africa. All the wooden furniture items are distinctively rendered in such local species as kambala (iron wood).