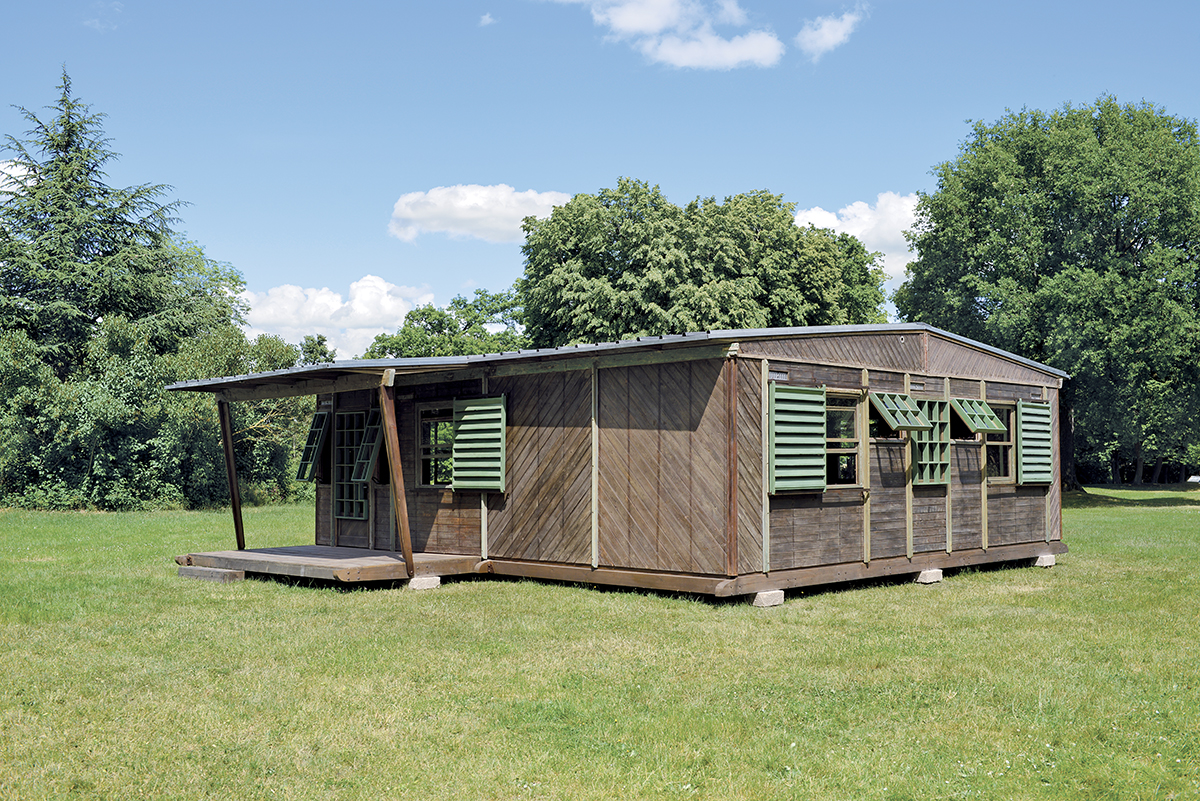 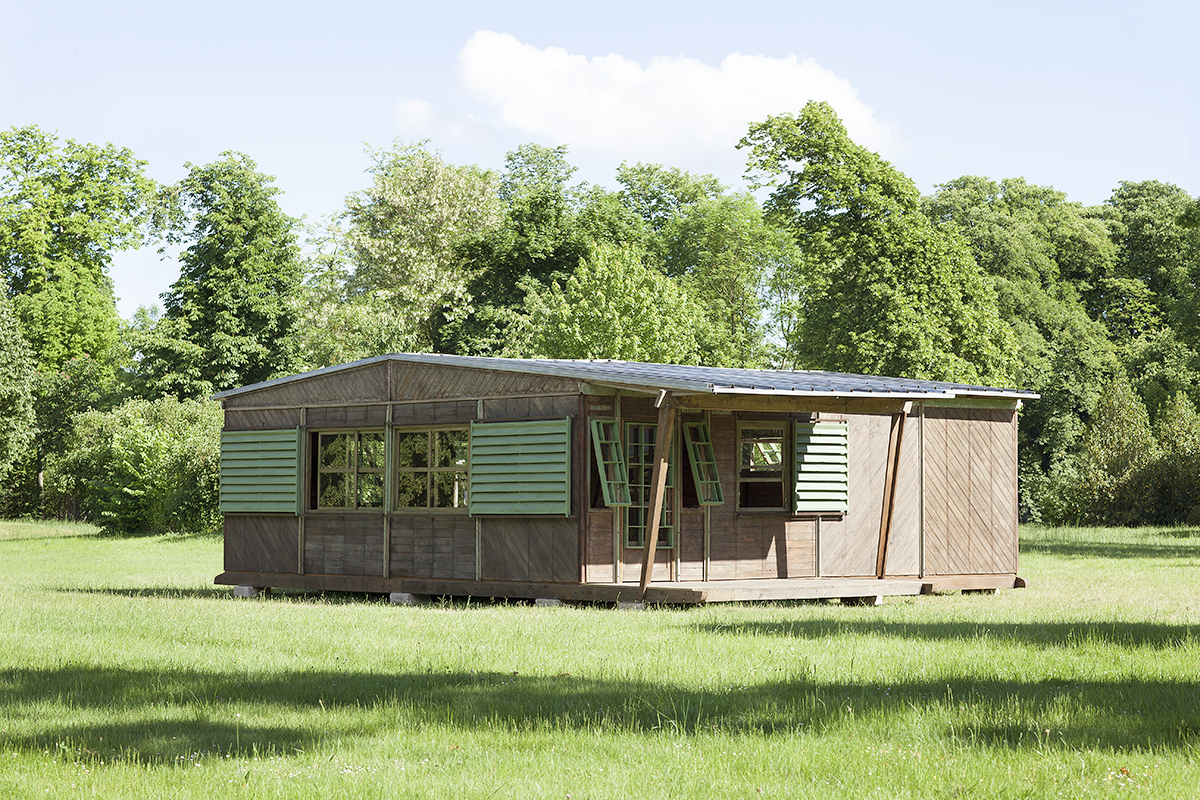 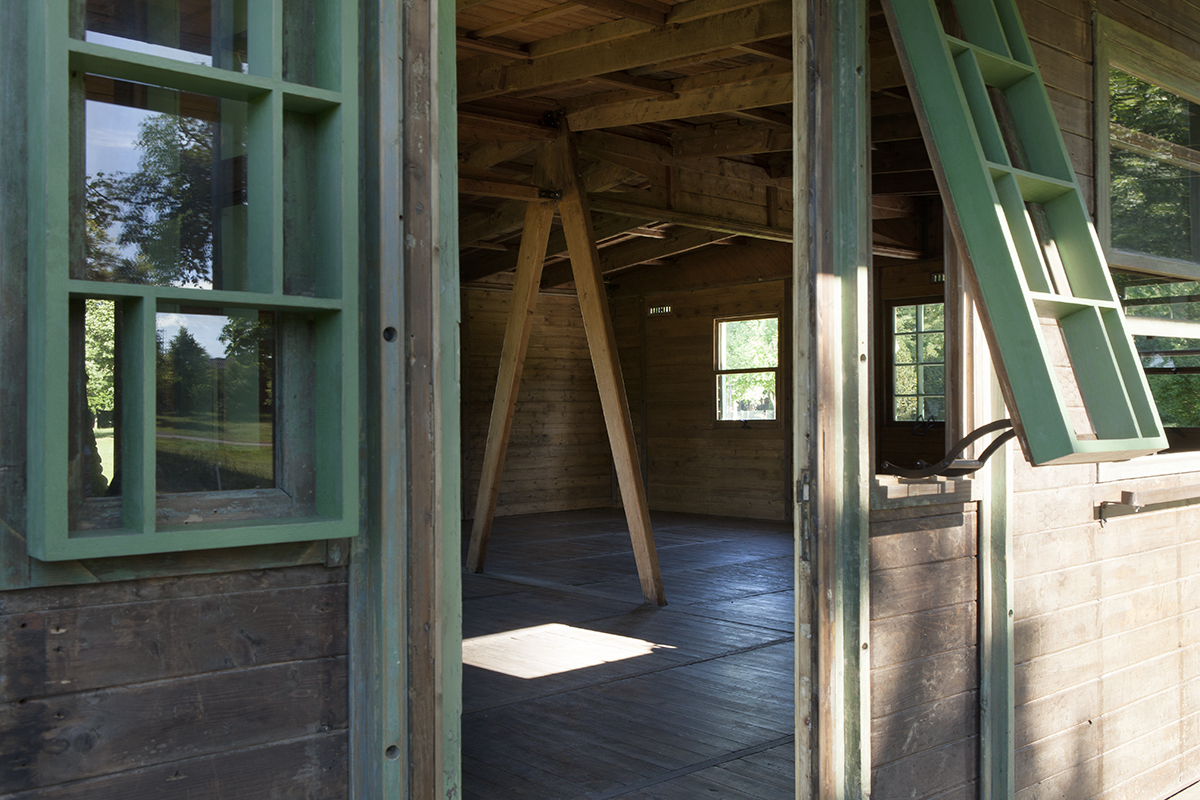 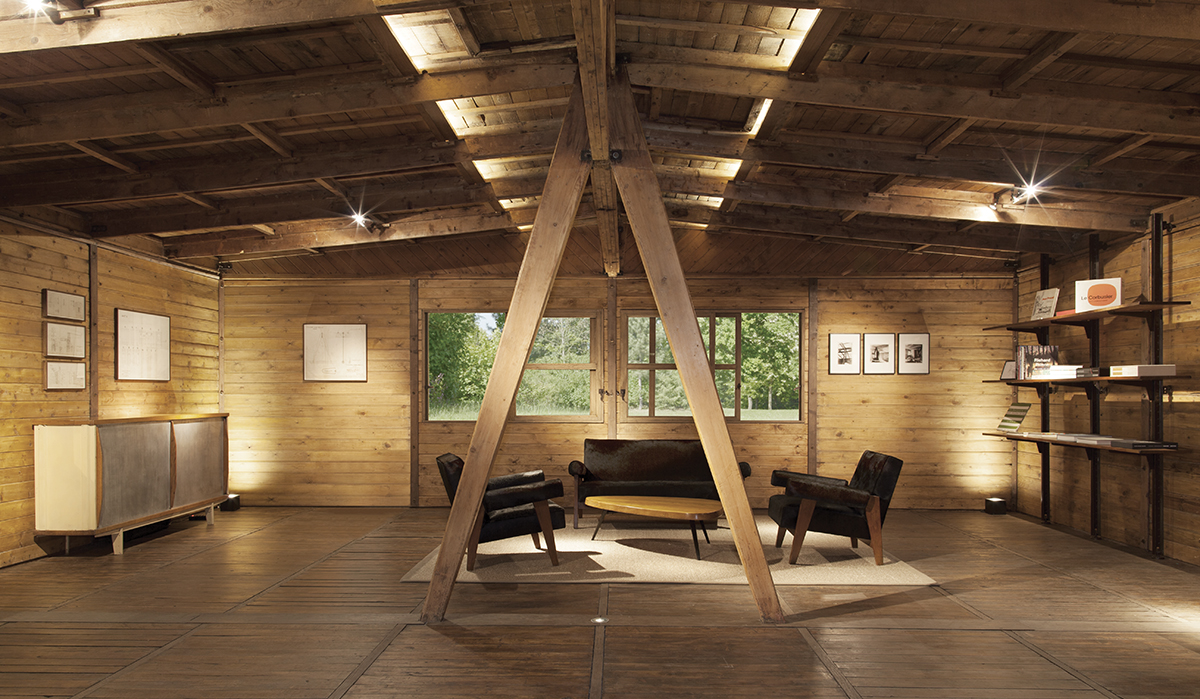 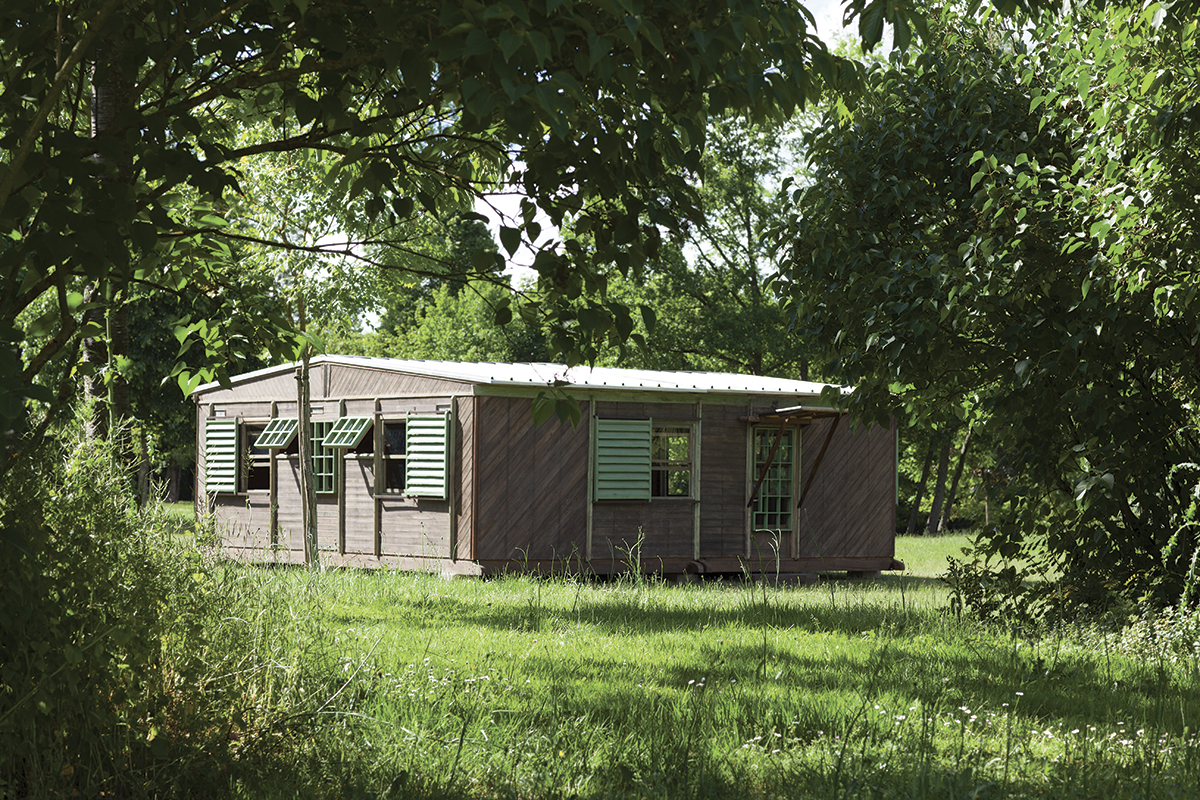 Pierre Jeanneret and Jean Prouvé’s F 8×8 BCC house fits in the series of projects initiated in 1939 and centered on the construction principle of using the axial portal frame, created by Prouvé in 1938. The few examples of this small building, made of all wood, that were produced between 1941 and 1943 during extreme wartime conditions, emphasize the two men’s extraordinary ability to adapt to the situation. In 1939, Le Corbusier’s Parisian atelier, then directed by Pierre Jeanneret, processed projects of temporary buildings for war refugees that referred to the lightweight nature of Prouvé’s work. The vast program of emergency buildings that intended to house employees and executives from the new SCAL factory in Issoire was the ideal occasion to apply this early research. During World War II, the lack of material, particularly steel, became more and more prominent. Pierre Jeanneret and Jean Prouvé stretched their imaginations in search of a solution to limit the use of this material. Finally, a version made almost entirely of wood allowed for the creation of quality homes that were temporary and comfortable. The use of the axial portal frame offered great freedom to organize the 64 m2 interior space that was intended for a family of five people. Pierre Jeanneret designed a fluid, familial way of life around a fireplace generated by the visible central portal frame. Sliding doors separated the interior that stretched to a covered terrace outside. For Pierre Jeanneret, as for Jean Prouvé, the obligation to adapt to extreme conditions was the opportunity to experiment with different resources and optimize the potential of a particular material. The aesthetically satisfying final product illustrates how the two creators responded perfectly to their circumstances in their incessant quests for authenticity and modernity.