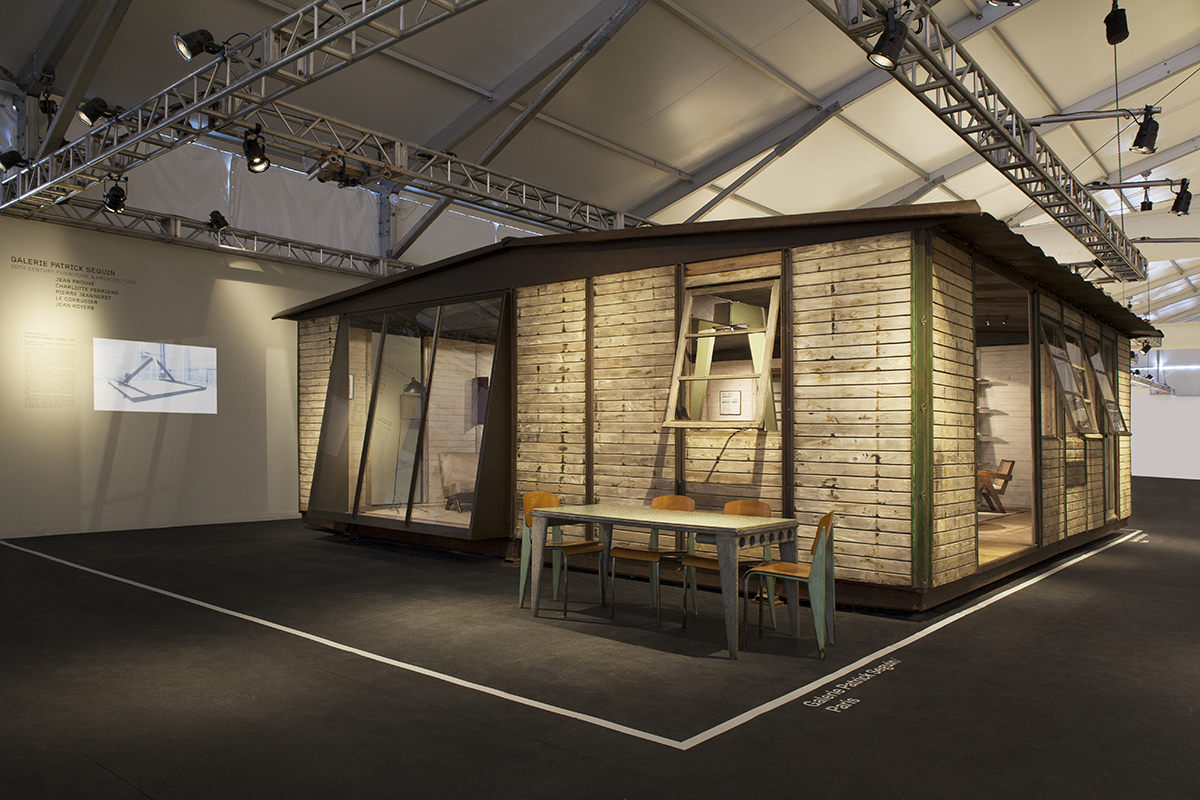 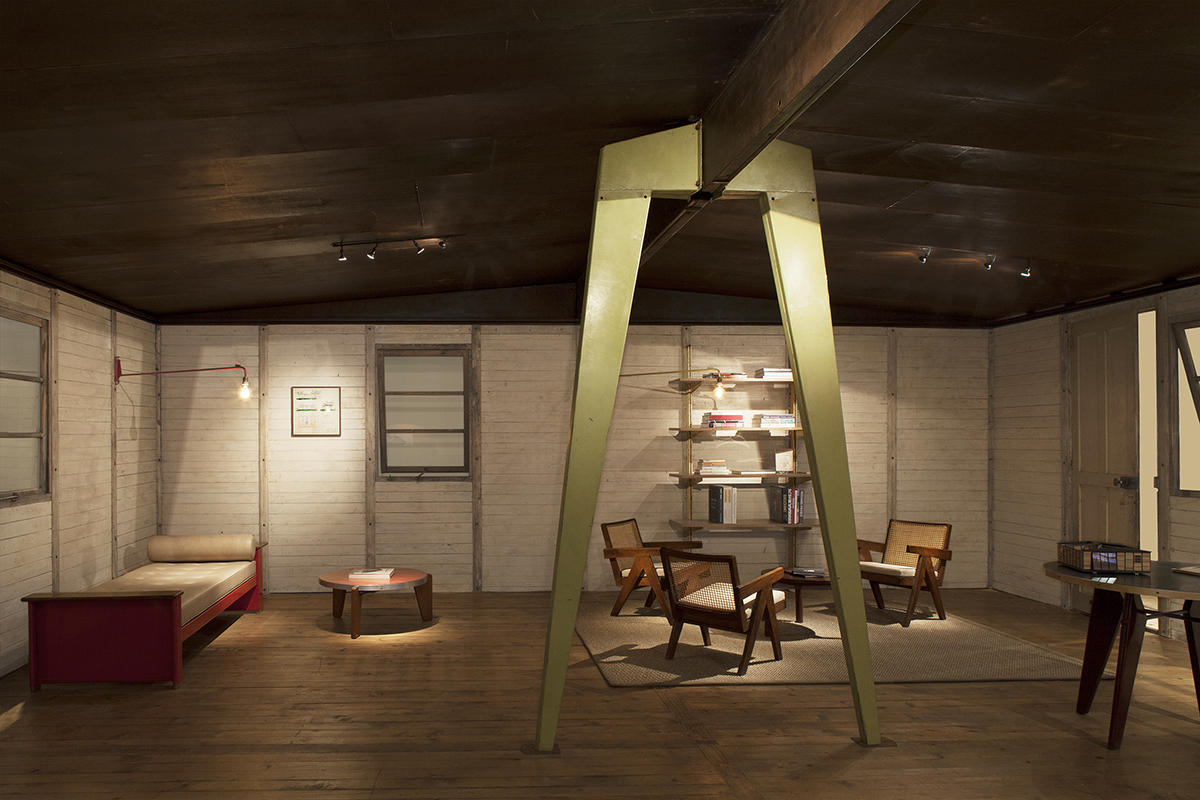 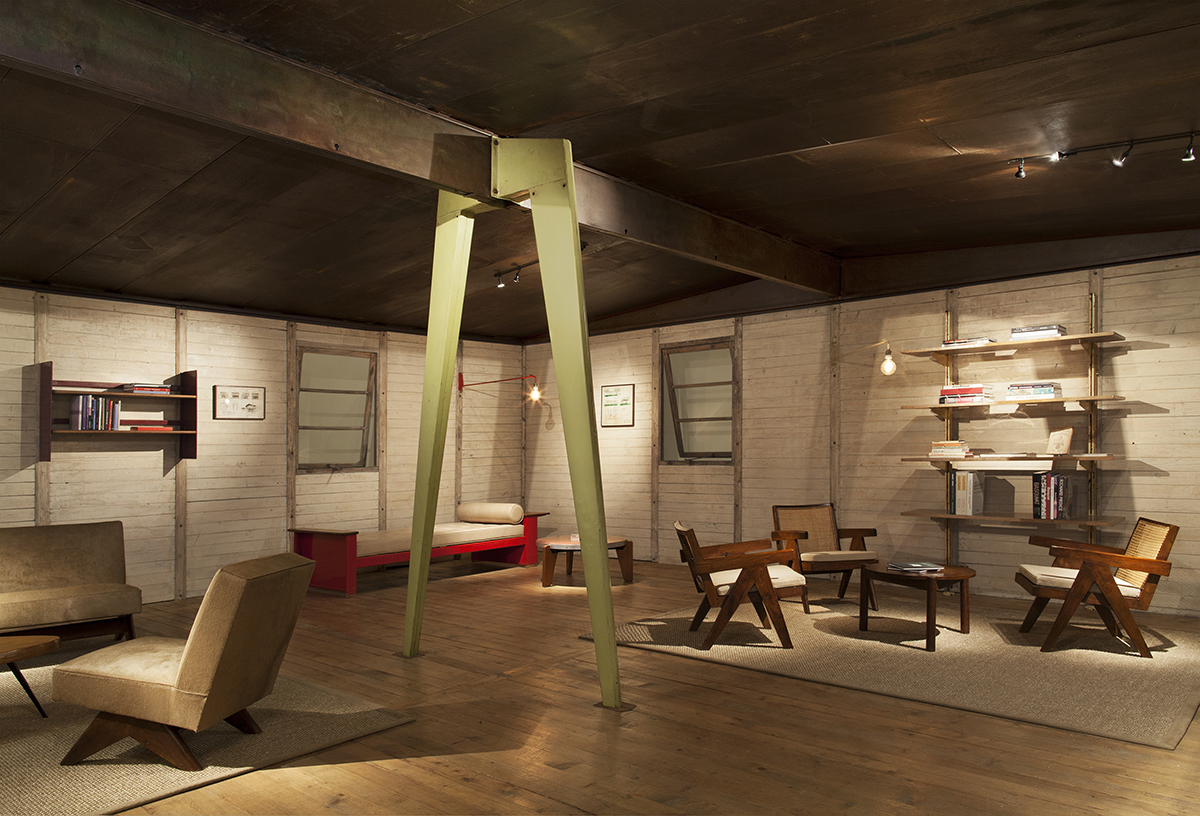 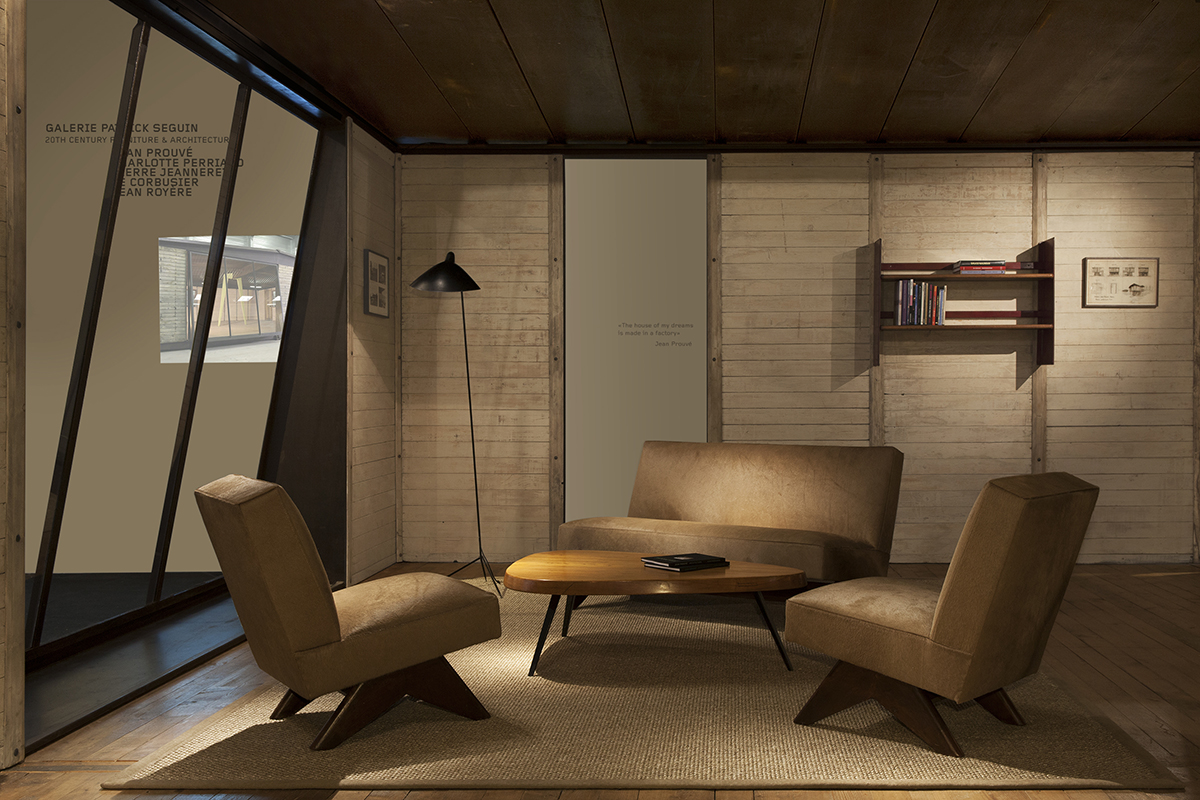 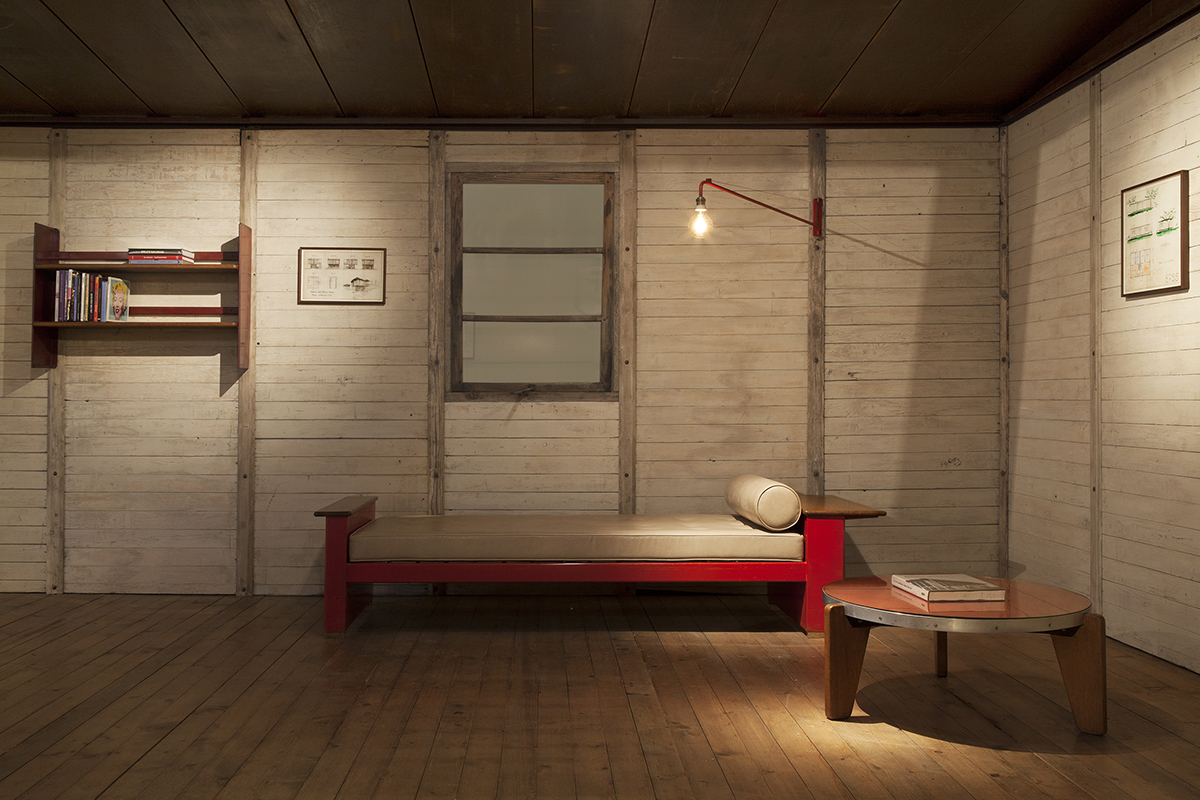 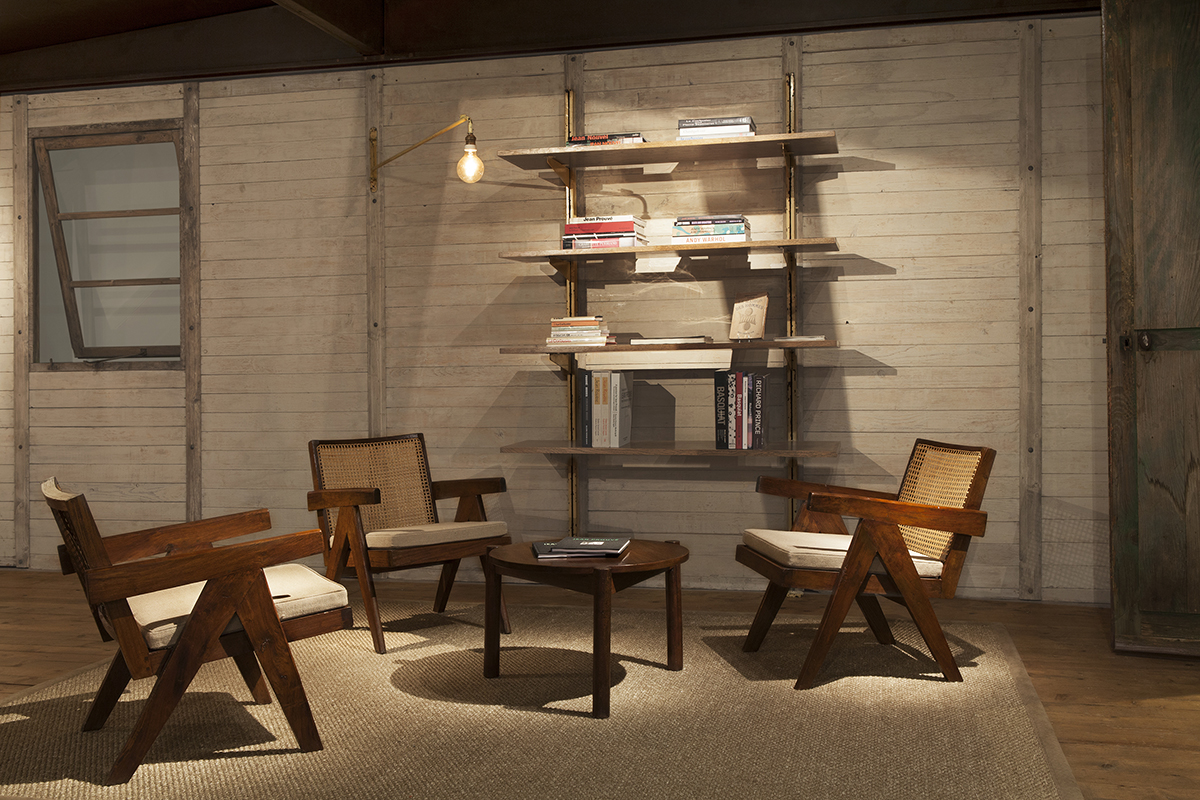 As a student of the metalworker Emile Robert from 1916 to 1919 and a collaborator with architects such as Robert Mallet-Stevens, LE CORBUSIER, Albert Laprade and Tony Garnier, JEAN PROUVÉ proved to be a far-sighted technician who constantly adapted himself to the problems of his times through working in a collective structure. It was in this spirit that he opened his first workshop in 1923 (rue du Général Custine, Nancy) before moving to the rue des Jardiniers seven years later.

In 1945, Prouvé built his factory in Maxeville, where he stayed until 1954, at which time he lost control of his business. Thereafter, he continued his activities as a consulting-engineer for large architectural projects.

Beginning with the construction of wrought-iron gateways, railings and windows, from 1924 onwards Jean Prouvé created his first items of furniture. Having discovered electric welding and the application of diverse techniques of construction, he resorted to sheet-steel (particularly used in the automobile industry) of an extreme thinness – less than 1 mm thick – permitting him to obtain a “hollow-body” which allowed for a structure of exceptional resistance: the reclining chair of 1929 is a typical example.

The use of this metal is found in most of the furniture that marked his development. Jean Prouvé frequently employed aluminium in the form of corrugated sheet metal and molded elements – such as the adaptation of the rear legs of his office chair of 1934.

With his contribution to the 1930 exhibition at the Union des Artistes Modernes, of which he was a member since its formation in 1929, Jean Prouvé immediately confirmed the singularity of his approach: creating – with rustproof elements – furniture produced in series by industrial machines. He filled numerous orders such as the University of Nancy in 1932 and the furniture for the cafeteria des Arts et Métiers, Cité Internationale Universitaire Paris in 1950.

Aside from educational furniture, Jean Prouvé furnished offices and created chairs, tables, shelves, bookshelves and cabinets, all following the same construction principles: based on a sketch, a prototype was realized in order for its details to be assessed through a very strict evaluation process. This rigour allowed him to work with renowned architects CHARLOTTE PERRIAND and PIERRE JEANNERET. Prouvé was affected by a pronounced appreciation for wood – natural wood or laminate -, with which he replaced his metallic structures in periods of shortage (wood chair of 1942). From 1956 onwards, his furniture was distributed by the gallery Steph Simon.

Jean Prouvé contributed considerably to the reconstruction and urbanization of France after the war. Always being a true entrepreneur, he was able to break away from traditional means of construction while giving priority to experience over profit.