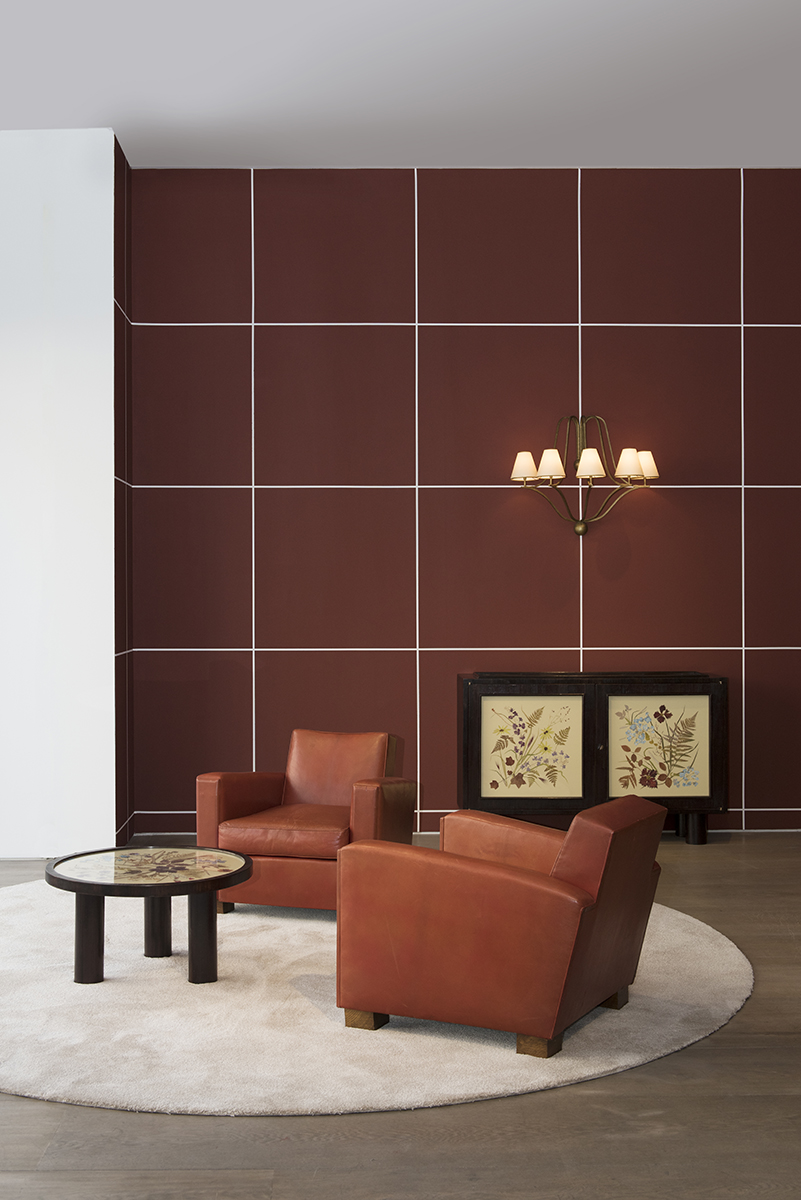 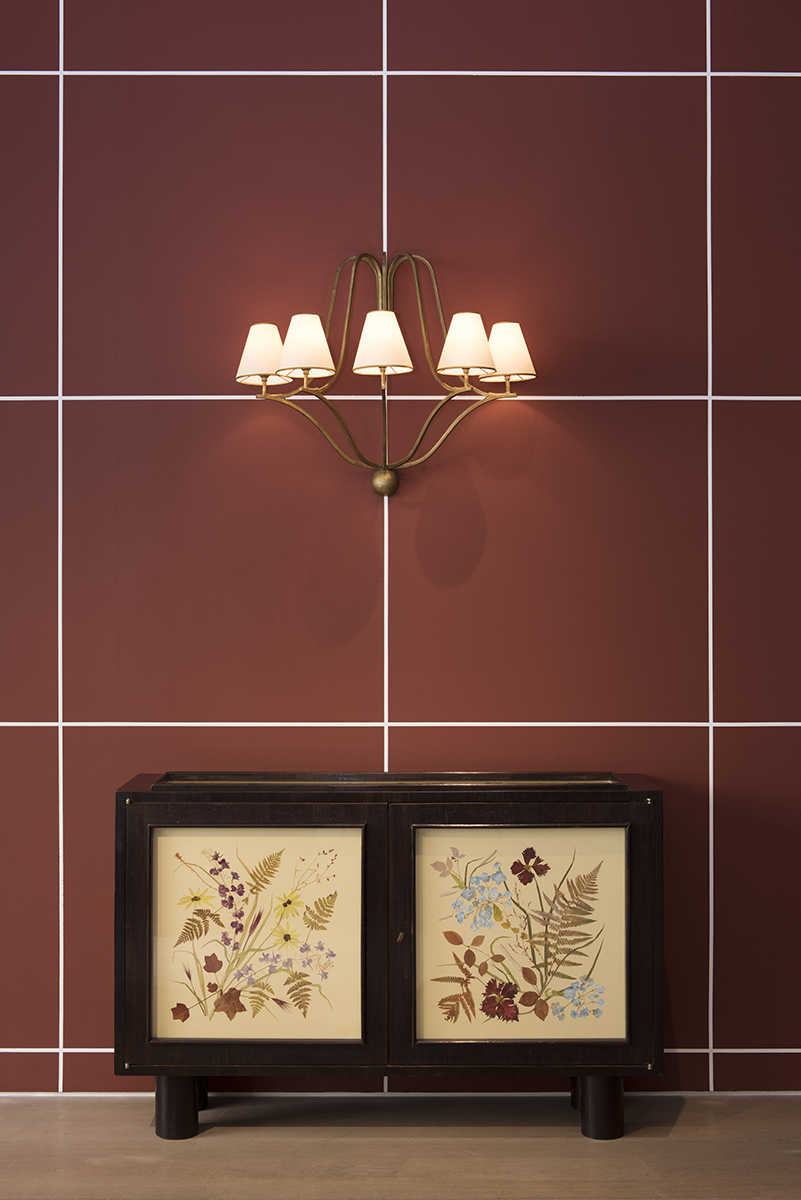 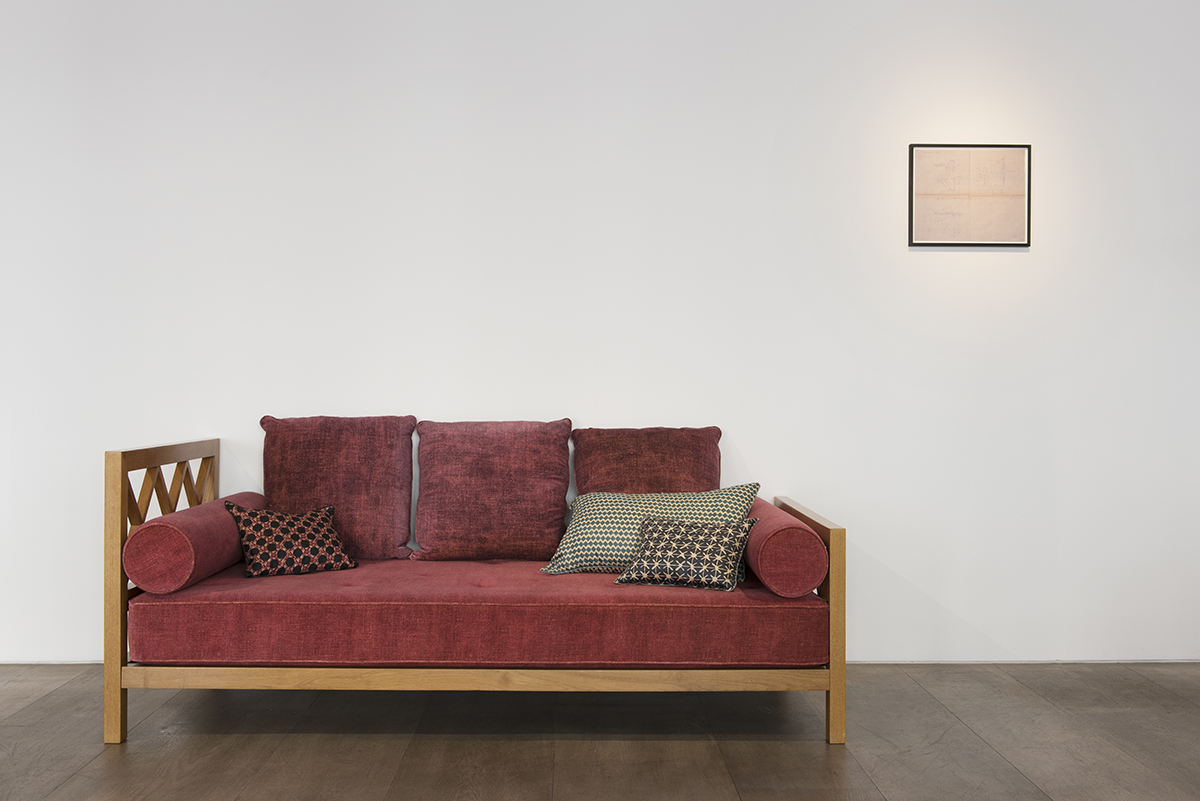 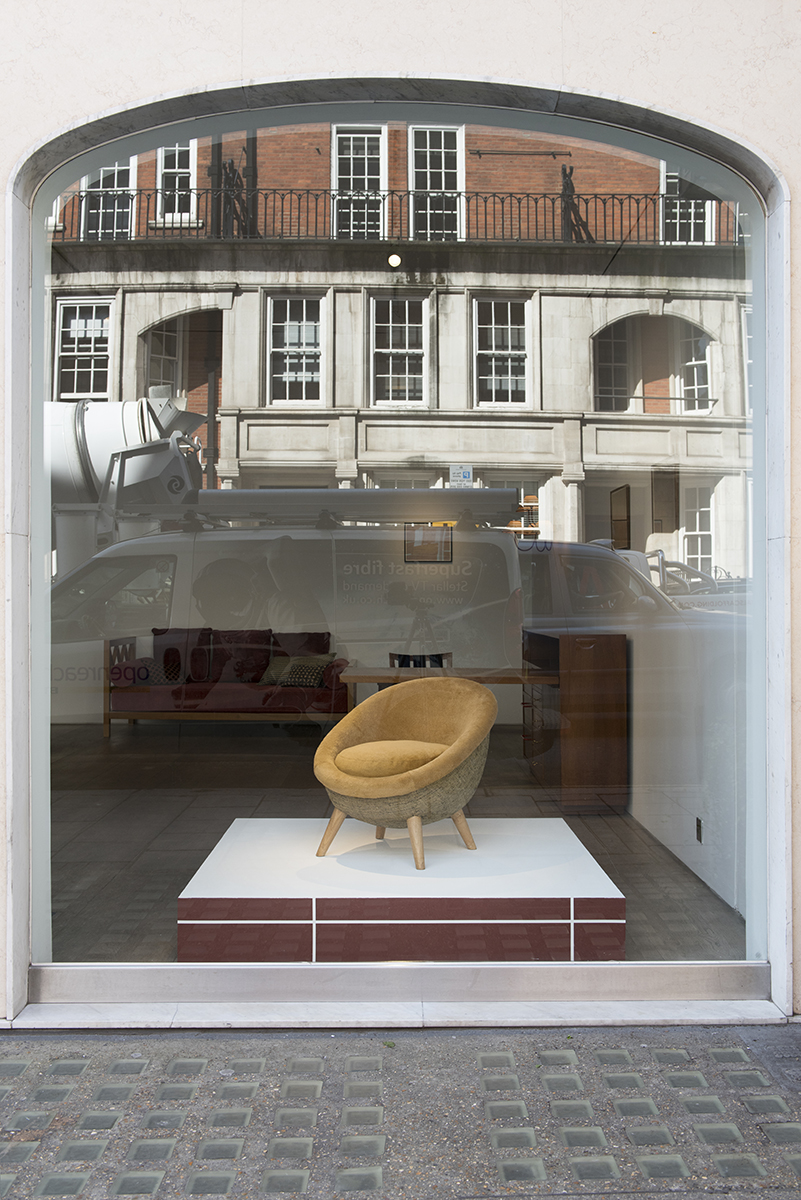 JEAN ROYÈRE was a groundbreaking figure in
mid-twentieth century French design. Initiating what would become a passionate life’s work with a garden furniture project in 1931, he would relentlessly pursue his career as furniture designer and decorator until retiring in 1972. In a world that was rapidly shifting towards the modern, Royère adeptly grasped and refined the techniques he had accumulated in the cabinet-making workshops of
the Faubourg Saint-Antoine and later at the design firm Gouffé that reproduced 18th c. French furniture, and artfully applied them to an aesthetic that was distinctly of his time. Royère altered the function of ornamentation by creating works of furniture that were structurally composed of patterns, rather than simply adding these decorative touches as accessorial afterthoughts. He was imaginative and deliberate with his distortion of line that ranged from the geometric, illustrated in the rectilineal Croisillon motif, to the wholly organic, found in the Oeuf models. Intrigued by animal and vegetal shapes, Royère exploited his sources of inspiration in his manifestation of their forms into pieces of furniture. His 5-arm “Bouquet” sconce does not make direct allusion to a flower, but blossoms abundantly on the wall on which it is posed. In addition to seeing nature as the basis for his overarching designs, Royère would also adorn his works with dried flowers and plants, as in the “Herbier” cabinet and low table. In integrating marquetry into his oeuvre, Royère modernized the traditional
savoir-faire he admired by emphasizing the artistic over the formal. This presentation is a glimpse into the vibrant mind of Royère that brought works of furniture to life in a sophisticated and spirited manner.