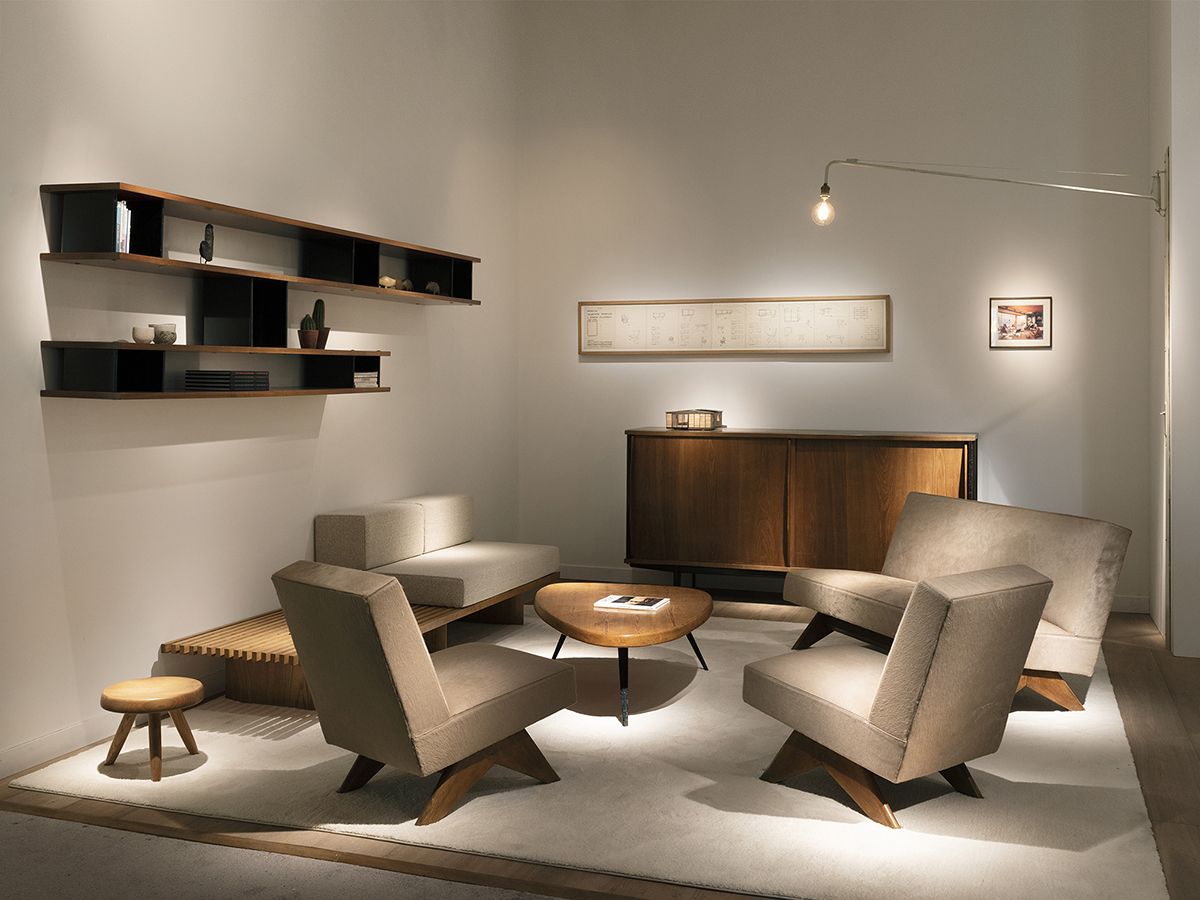 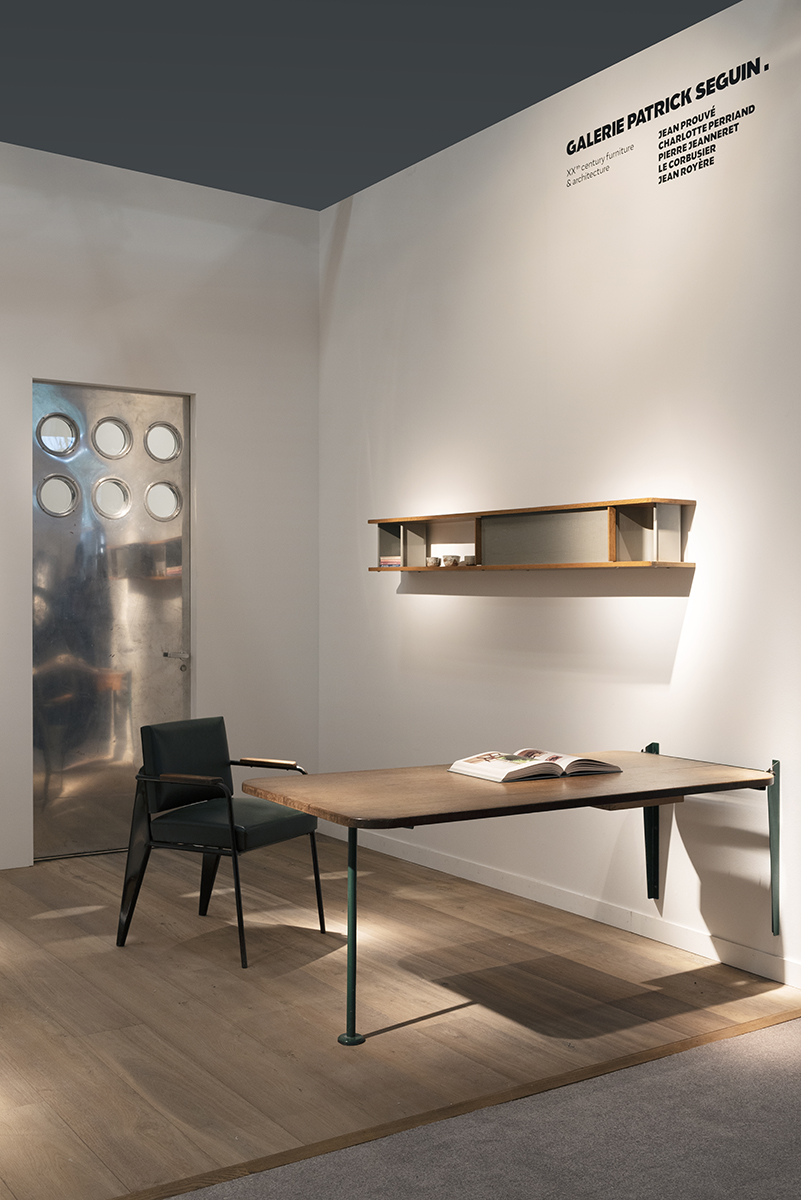 The work of Charlotte Perriand proceeds from the perfect balance between the desire to produce innovative design and the limitations of mass production. Sensitive to the needs imposed by new lifestyles that were evolving at the dawn of the 1950’s, Charlotte Perriand’s creations always provide a solution that is as functional as it is elegant for her different projects. the Tokyo banquette, for instance, created in 1954 on the occasion of an exhibition that she organized in Japan, or the asymmetrical shelving unit (1958) that she designed for the mining city of Cansado in Mauritania.

An infinite creative liberty and a language imbued with poetry make Jean Royère one of the greatest interior designers of his time. Trained as a furniture-maker in a workshop in the Faubourg Saint-Antoine in Paris, he successfully united tradition (especially in the realization of his pieces) and modernity of the forms he offered, qualities to which the Persan floor lamp (ca. 1955) or the pair of Copenhagen armchairs (ca. 1955) bear witness.

A pioneer in innovative production, Jean Prouvé applied the same principles to furniture production (often intended for the public sector) and architecture. He developed an unprecedented «constructional philosophy», based on functionality and rational fabrication that generates a refined and unashamed aesthetic. The absolute modernity of Prouvé’s design is fully expressed in his creations, such as this lifting table with drawer (unique piece) and his bridge armchair made for the Labourier company in 1943, this cabinet (1945) and architectural elements such as the aluminum door with porthole windows (1951).