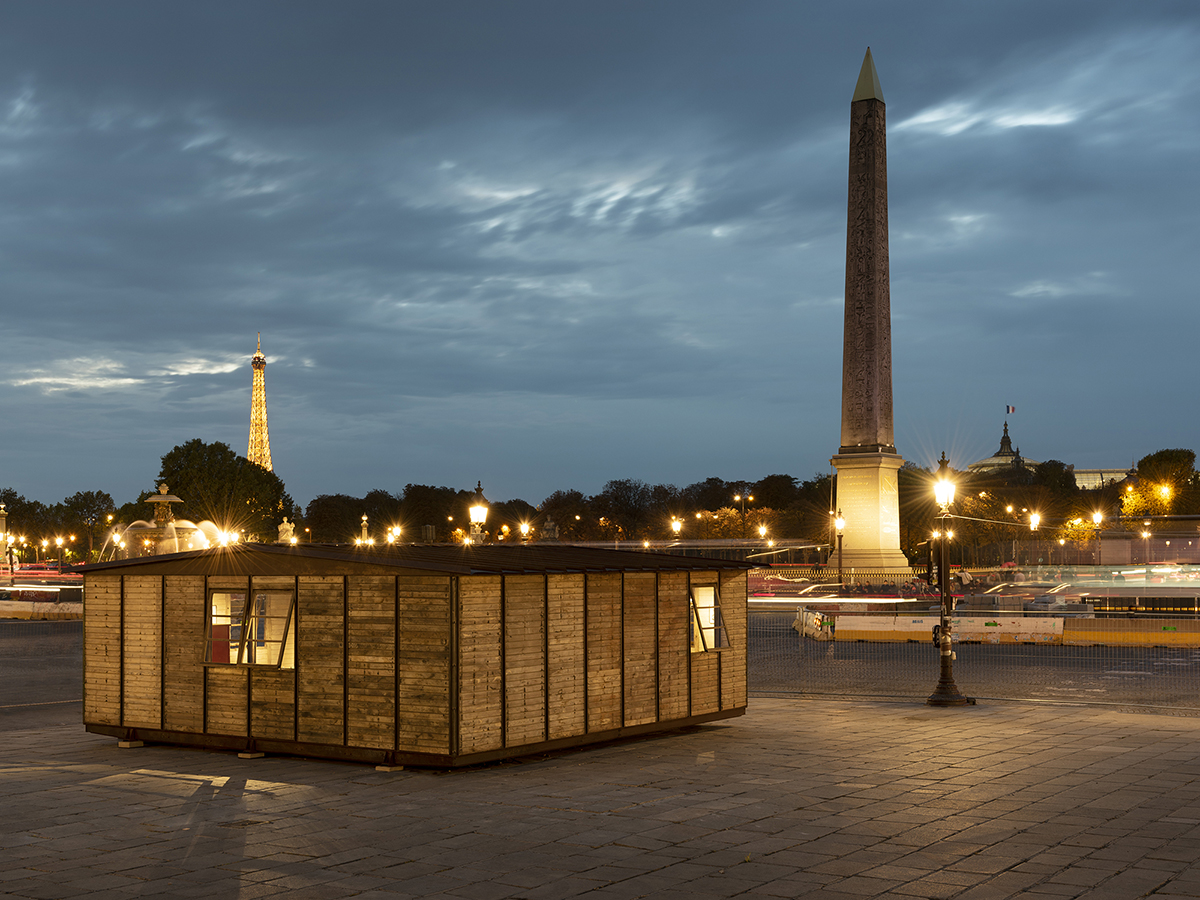 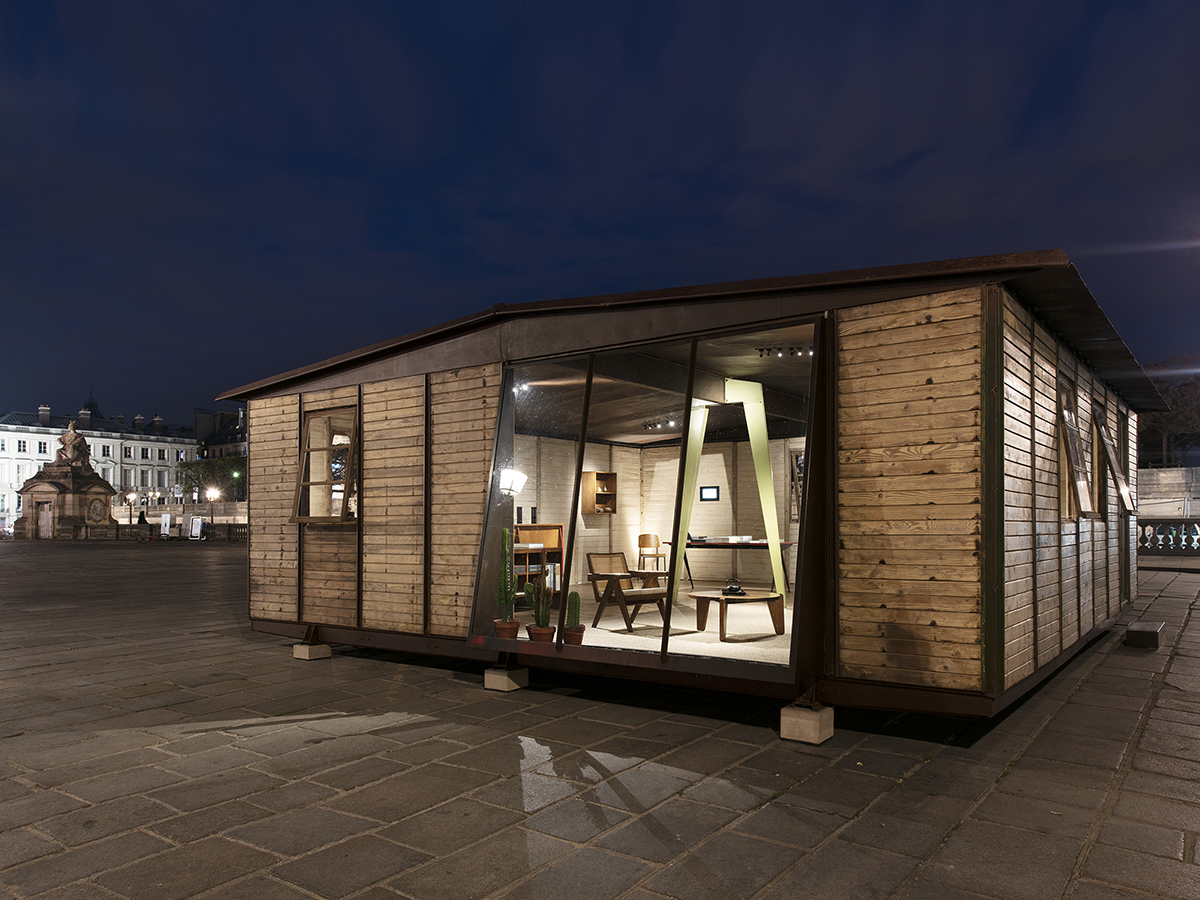 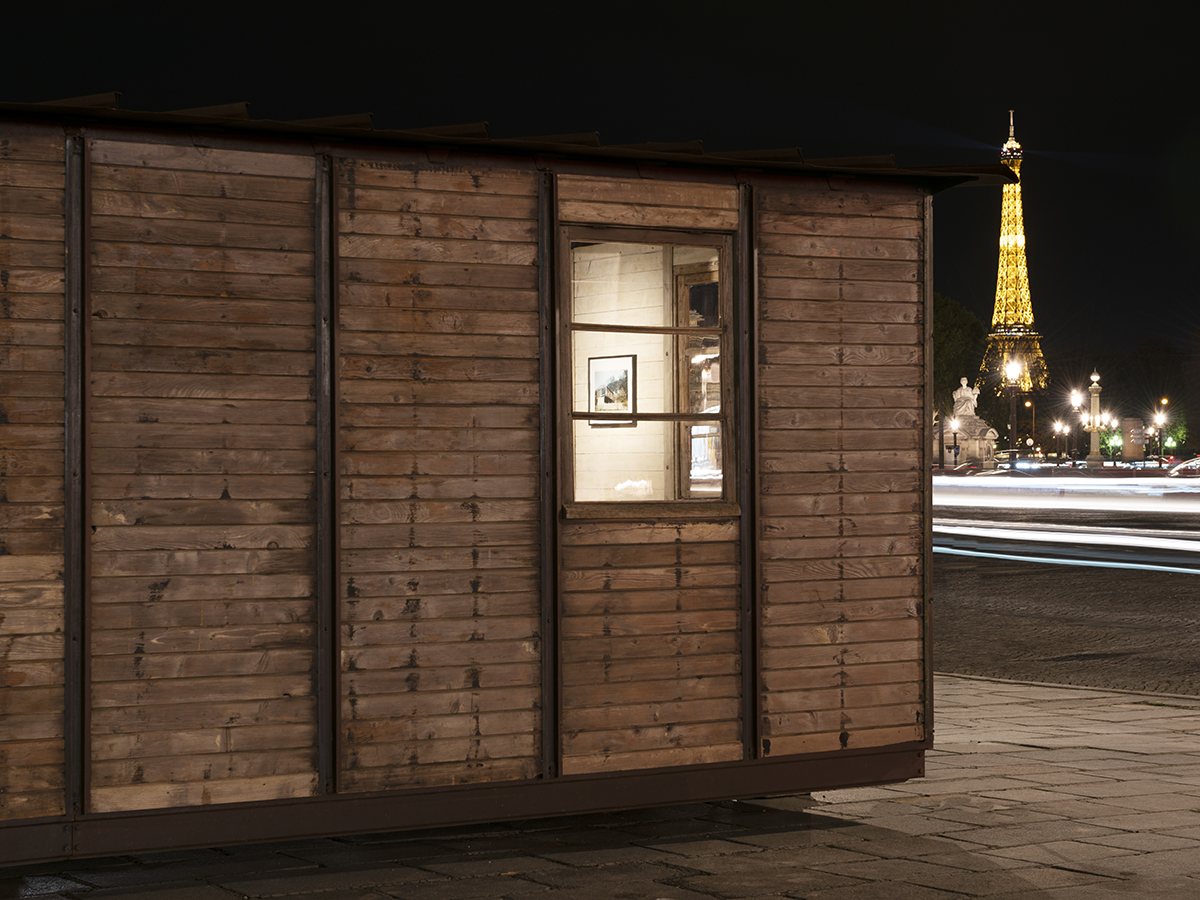 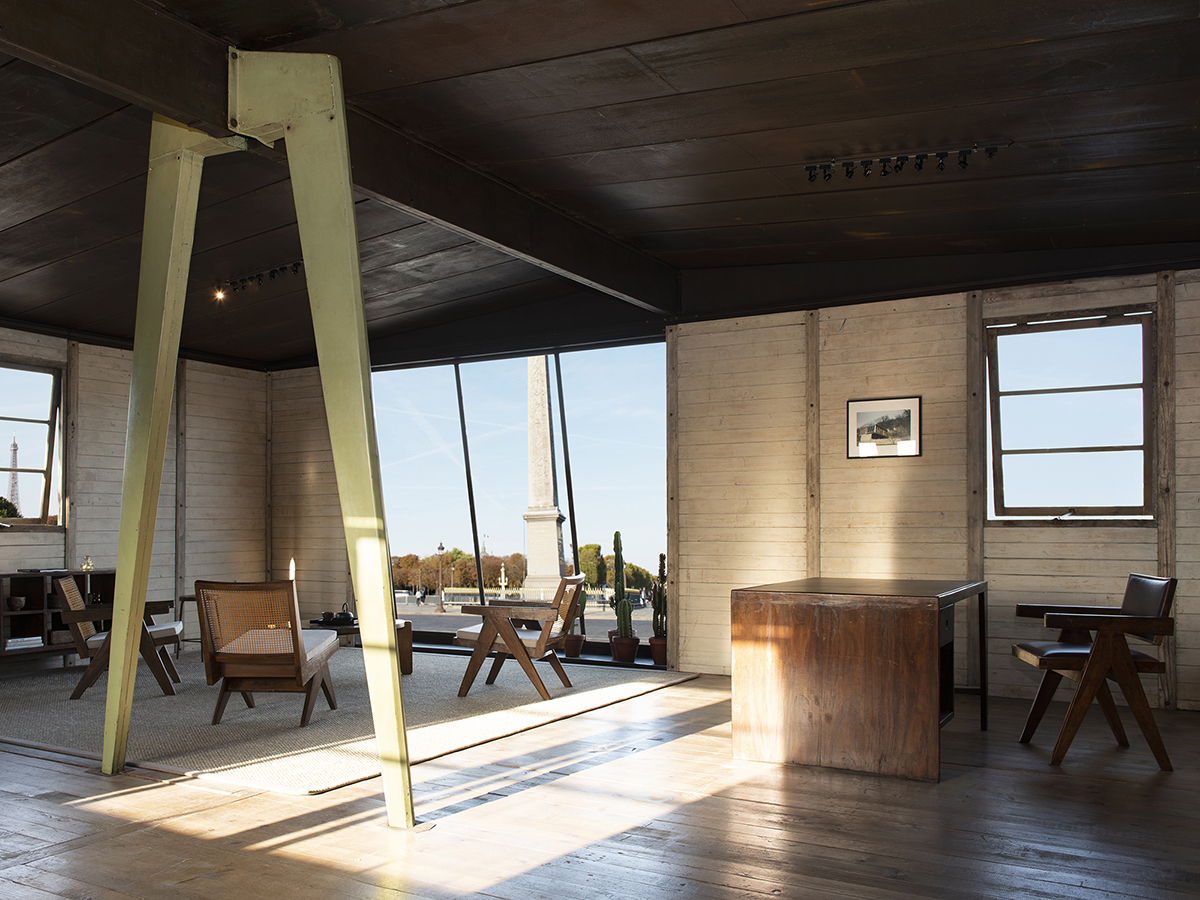 For its 6th participation at FIAC Hors Les Murs, Galerie Patrick Seguin will present one of the two prototypes of the 8×8 demountable house by JEAN PROUVÉ (1944) on the place de la Concorde, at the entrance of the Tuileries Garden, from 15 October to 13 November.

The 8×8 demountable house Developed in the context of an emergency reconstruction program led by the architects Jacques and Michel André after the War, the 8×8 house is a variation of the demountable metallic frame construction system that Jean Prouvé had patented in 1939. Based upon an 8 meter wide module – the dimension was determined by the functioning of the folding press used by the Ateliers Jean Prouvé, which machined 4 meter sheets of sheet metal – the living space with a minimum surface of 64 m2 offered in this way a satisfying home for the user and for the designer. Jean Prouvé was concerned with the occupant’s well-being. The load-bearing structure is entirely realized in folded sheet metal, as well as the flooring beams and the roofing, which is exceptionally made up of steel trays. The application of this model of definitive reconstruction lead in 1949 to the construction of the Métropole house.