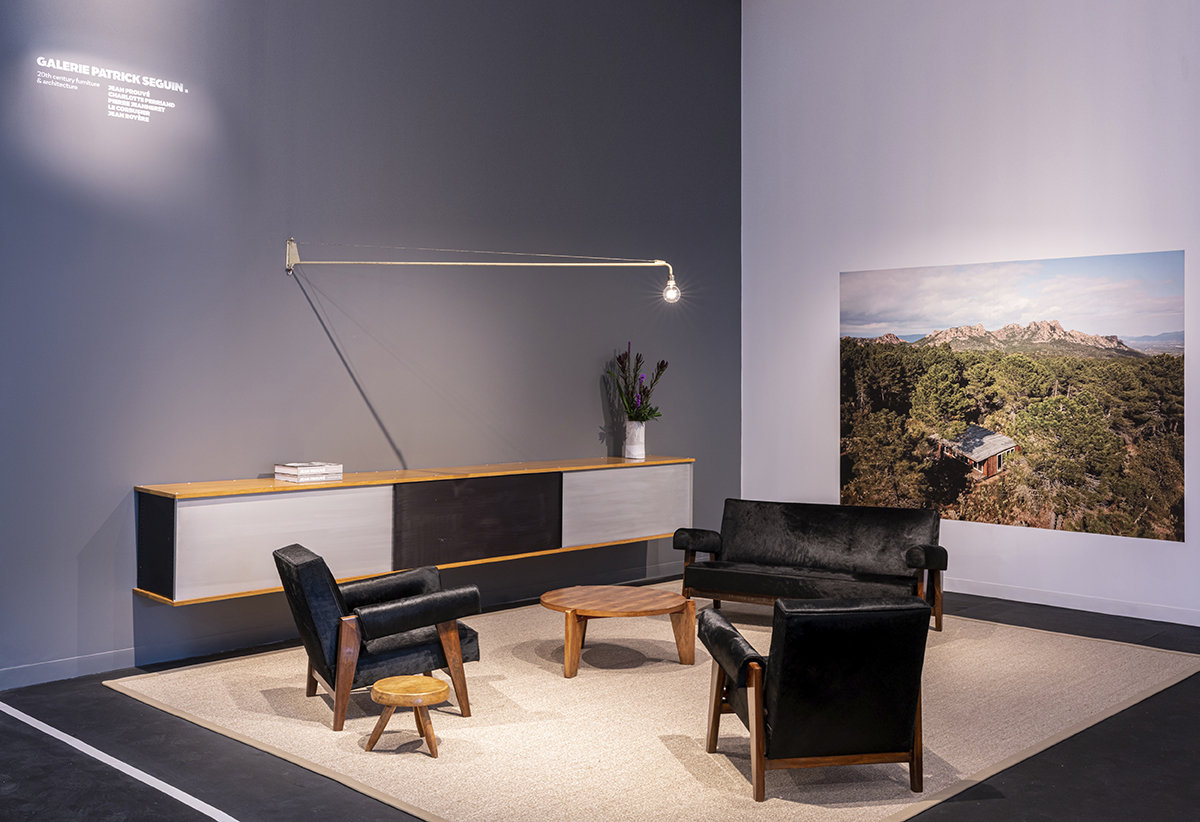 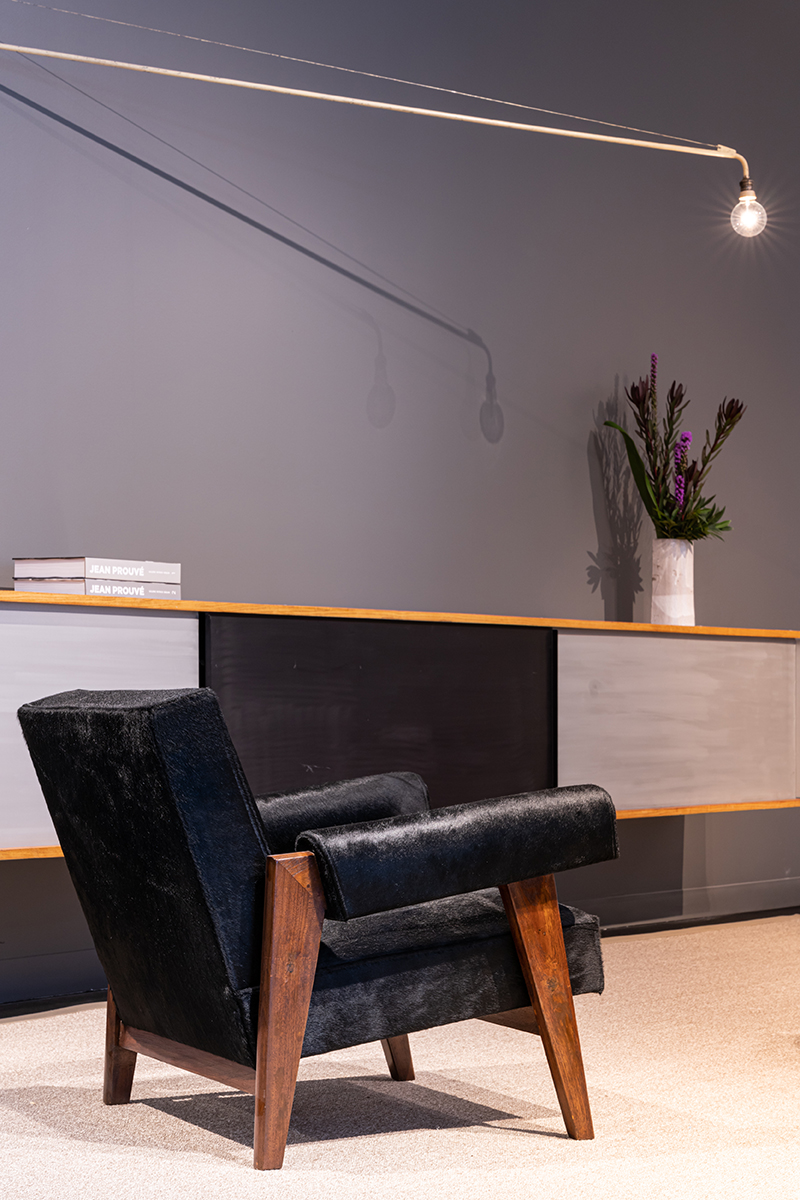 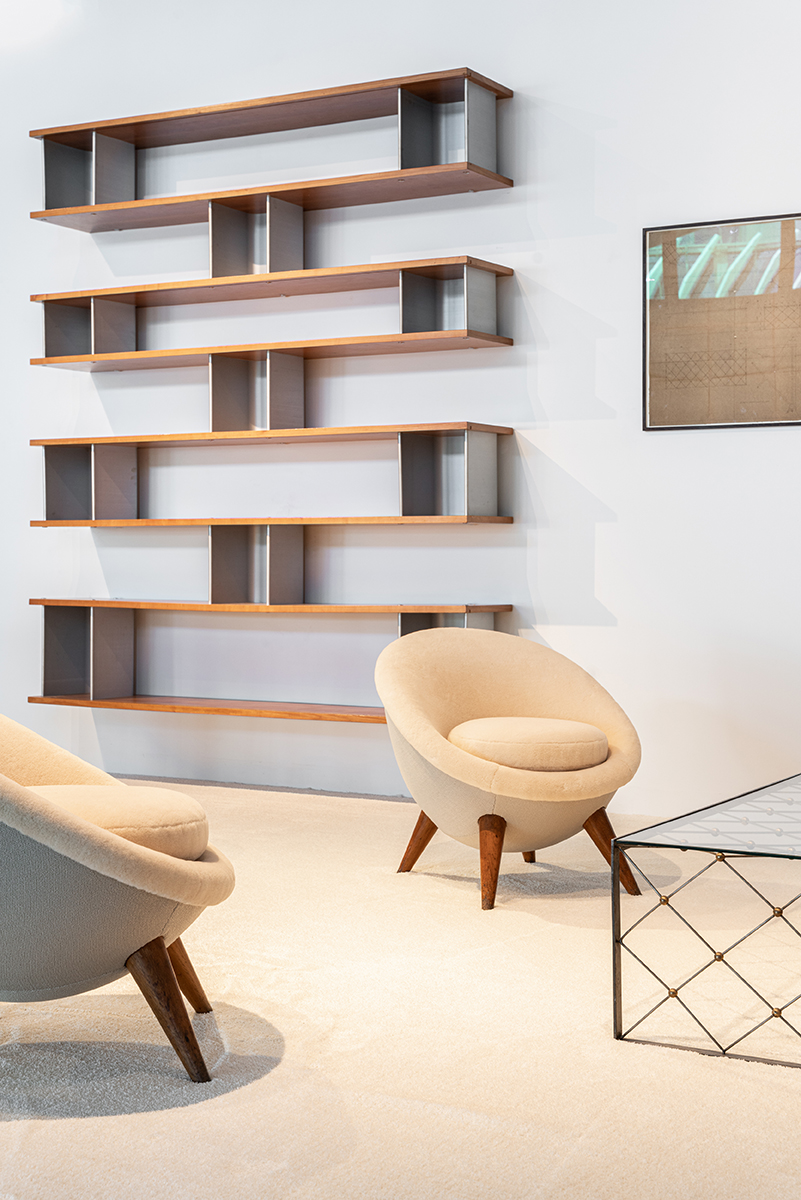 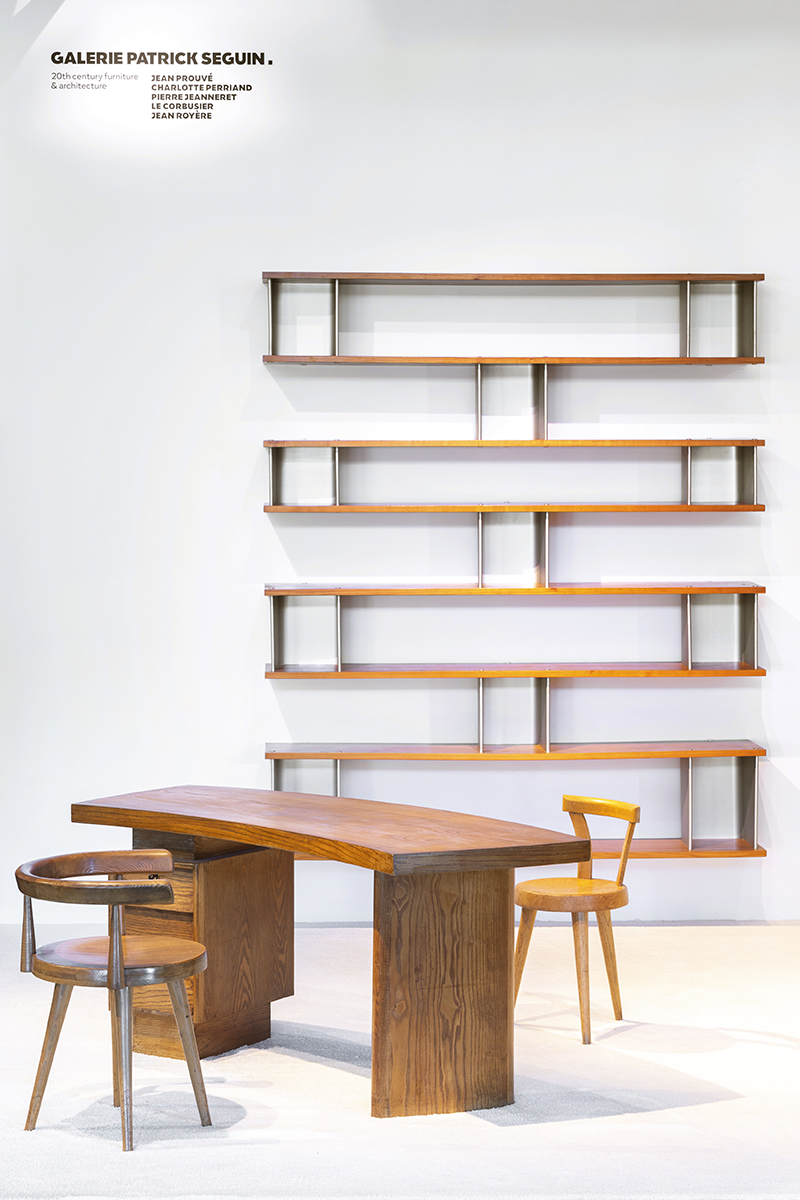 In an elegant display, the gallery exhibited furniture and lighting by Jean Royère, in particular a rare and exquisite Tour Eiffel coffee table and a pair of ravishing Œuf armchairs, testimony to the great creativity of their designer and of the elegance and poetry of his world.

Conversely, concerned with the rationality between form and function and removing any superfluous detail, Jean Prouvé, Charlotte Perriand, Le Corbusier and Pierre Jeanneret gave birth to modern furniture and architecture in a prelude to the new ways of living that became widespread at the beginning of the 1950s.

Thus, the clean lines of Charlotte Perriand’s extraordinary bookshelves, or her surprising, four-metre-long wall-hung cabinet, illustrate this new spirit in their elegant simplicity. In the same way, the furniture designed by Pierre Jeanneret for Chandigarh, such as the imposing illuminated library table, or Jean Prouvé’s now iconic Métropole chairs, attest to the absolute modernity of these creations.

Polyvalent creative genius, Jean Prouvé was also at the origin of numerous projects of demountable architecture. One of these, the Maxéville design office, developed in 1948, was also shown. The installation enabled visitors to immerse themselves in this unique, avant-garde building.