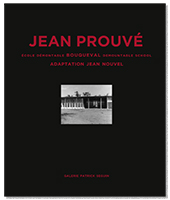 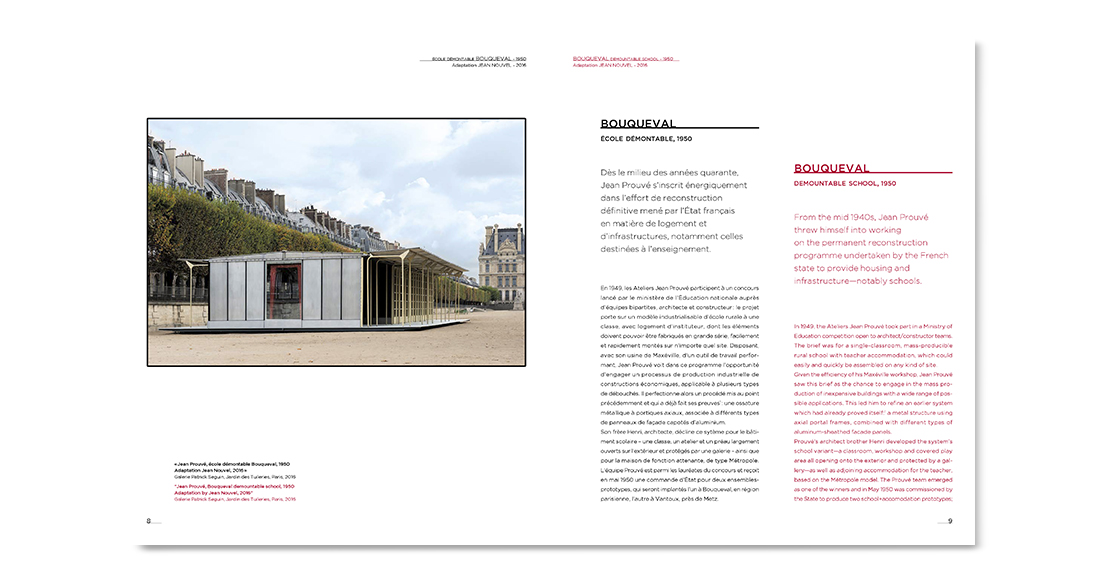 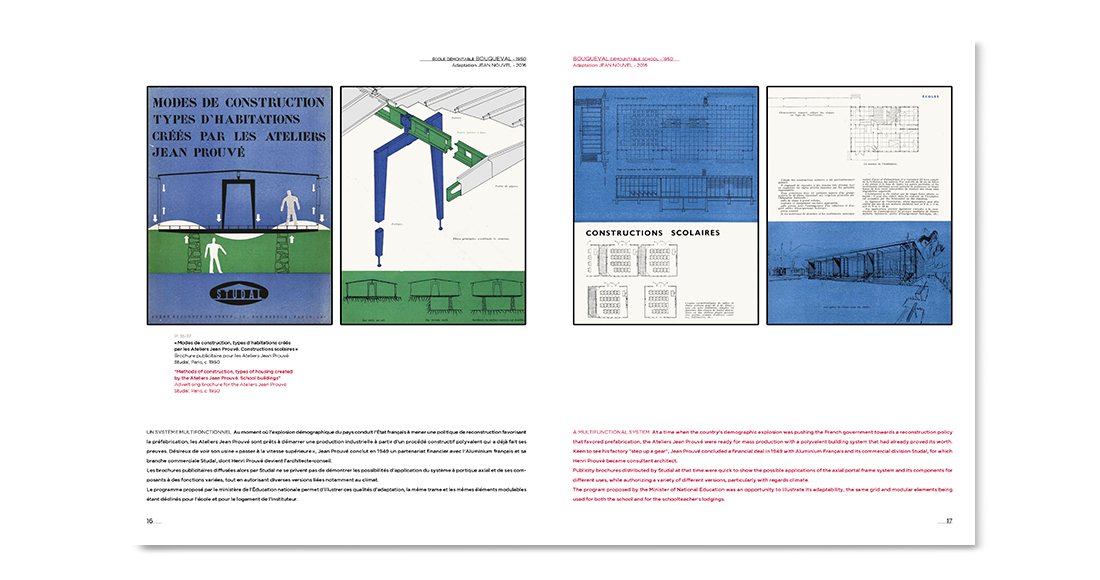 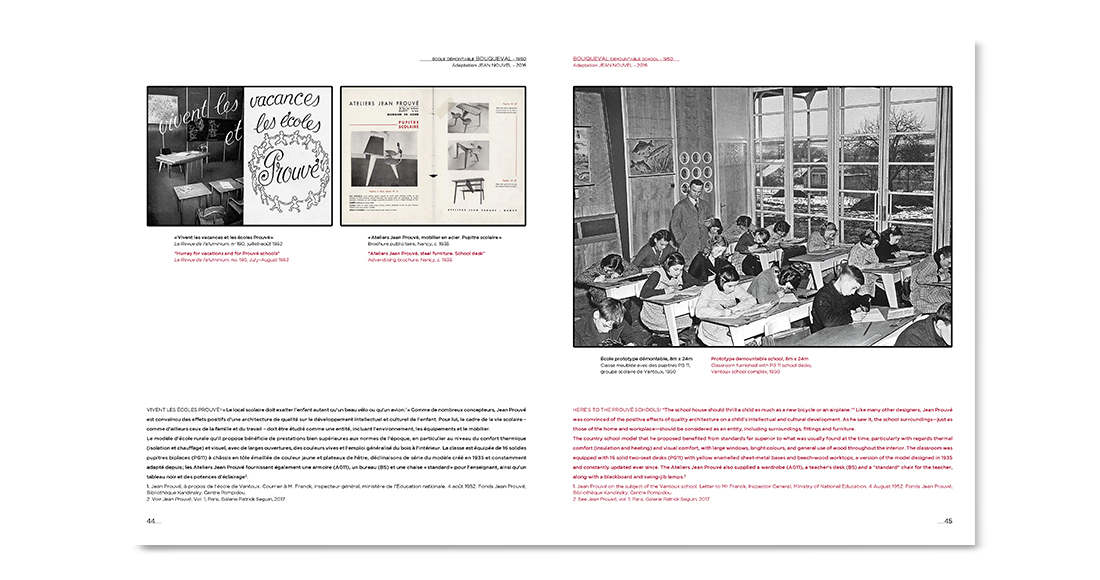 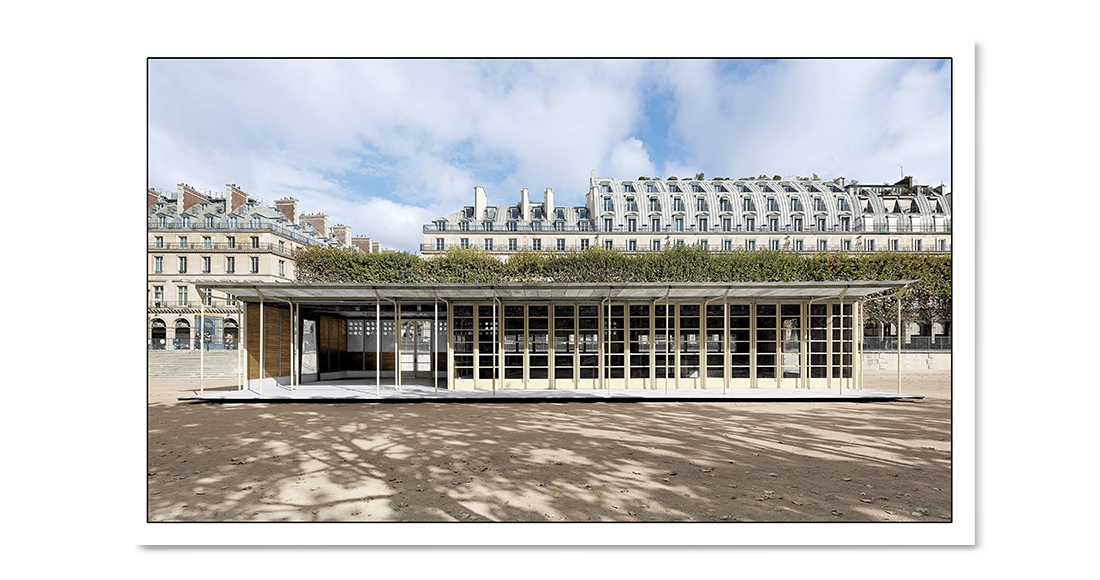 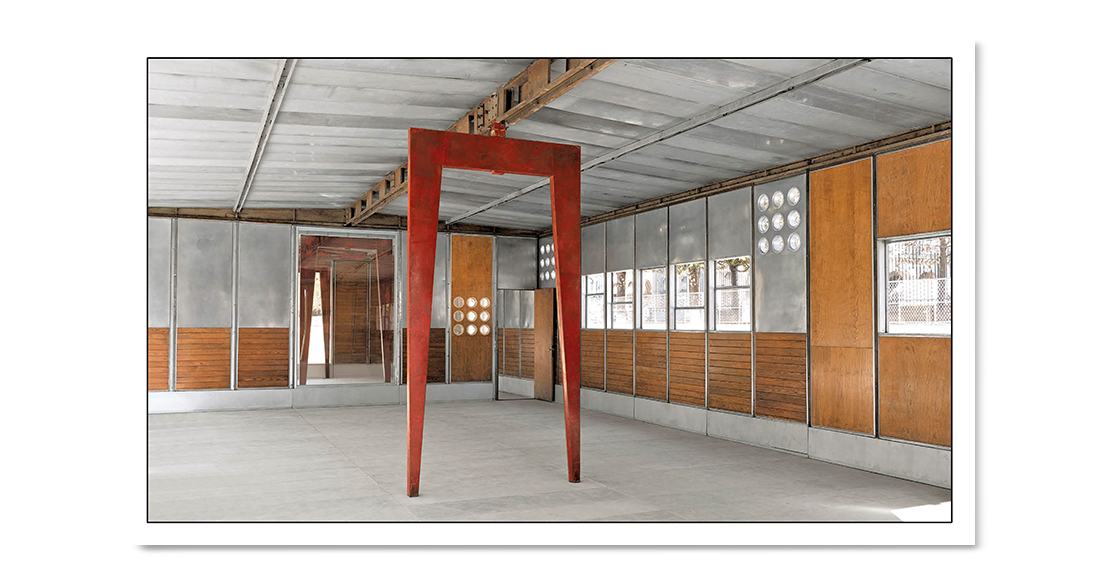 Taking part in a Ministry of Education competition in 1949, Jean Prouvé conceived an industrializable and mass-producible rural school. He saw this brief as the chance to engage in the mass production of inexpensive buildings with a wide range of application. In 1950, he is commissioned by the State to produce two school+accommodation prototypes, one in Bouqueval outside Paris, the other at Vantoux near Metz. Despite the success of the demonstration, these two schools were to be the only examples of the substantial series so hoped for by Jean Prouvé. In 2016, Galerie Patrick Seguin commissioned the Jean Nouvel/HW architecture studios to adapt this building. Conceived in harmony with the existing materials, the adaptation gives us a full appreciation of the characteristics of the Prouvé structural system.