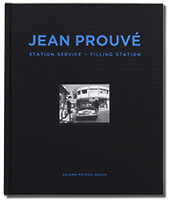 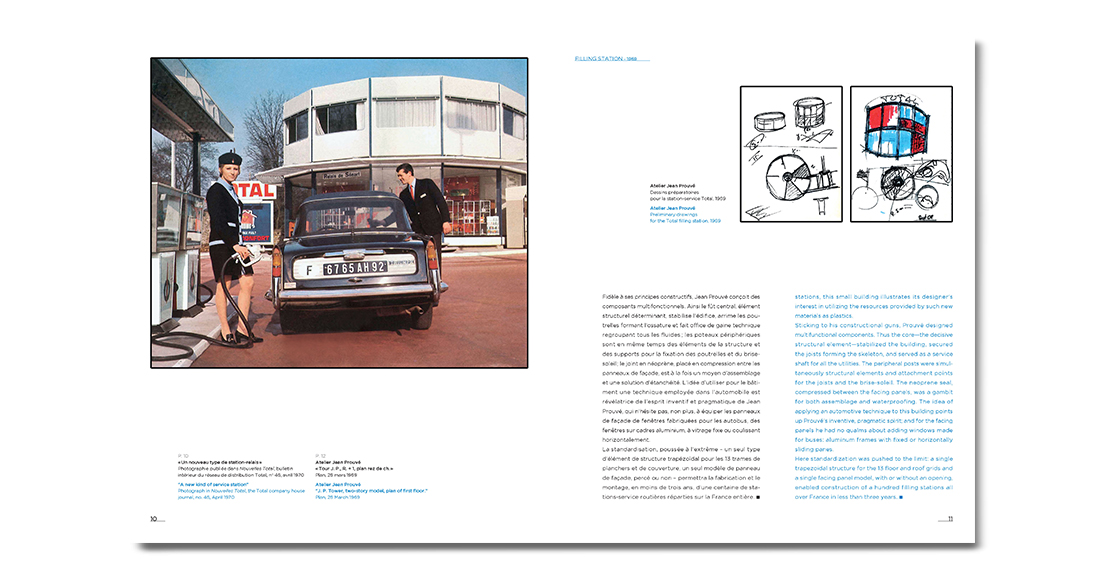 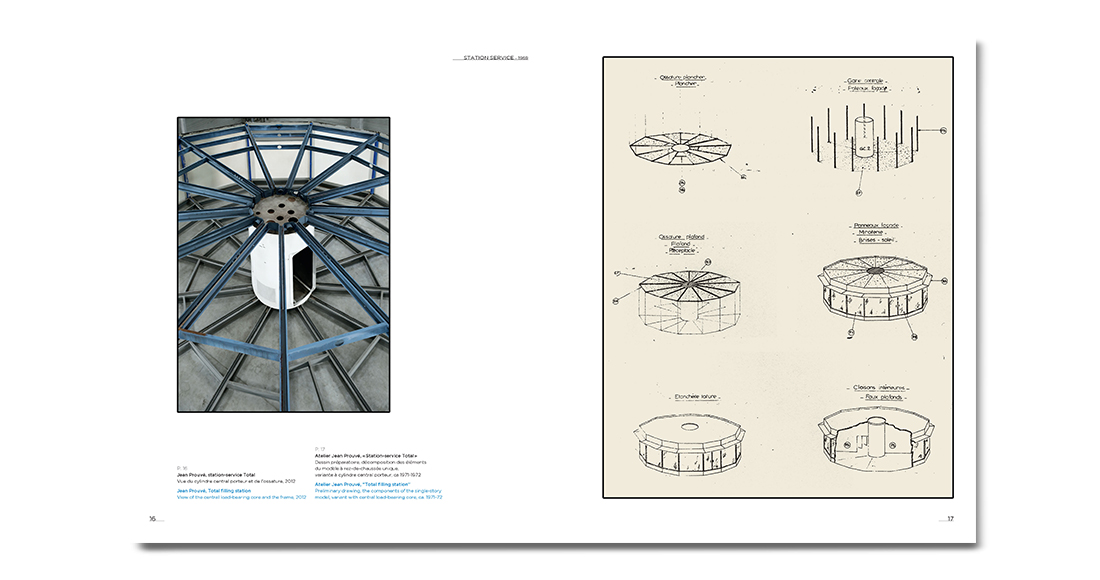 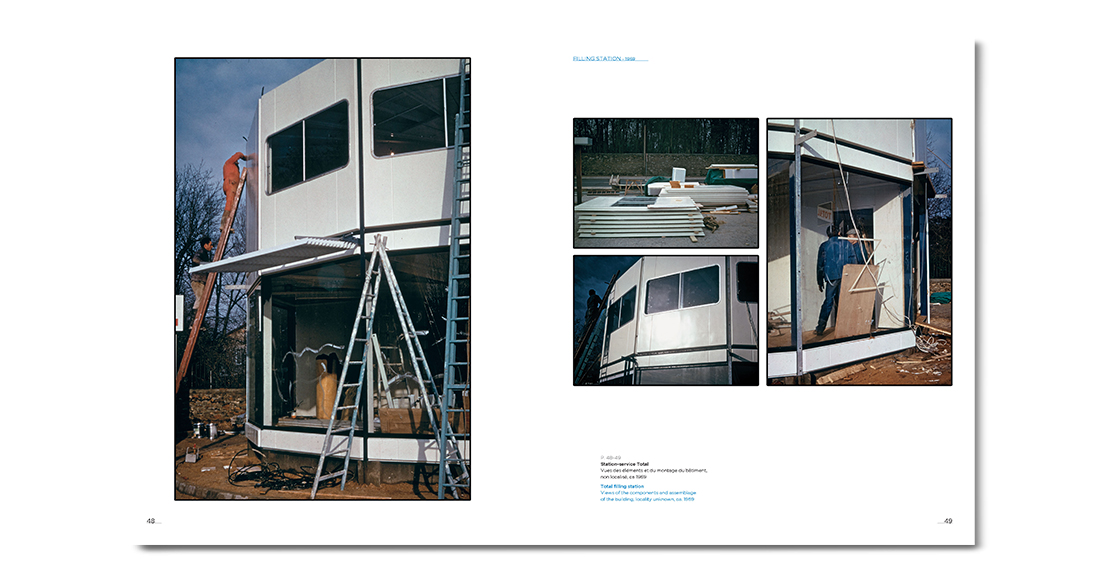 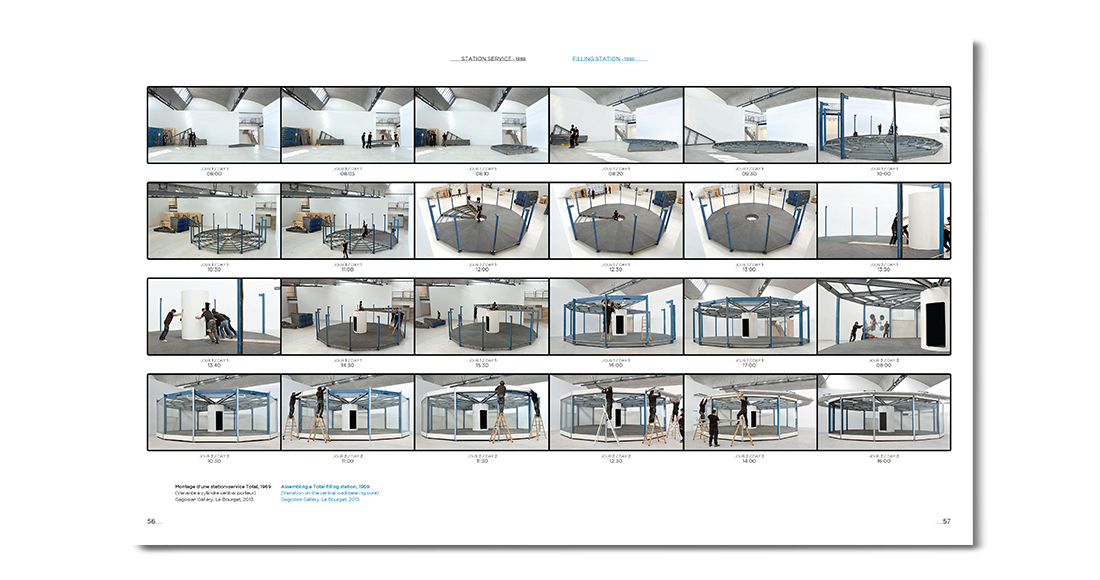 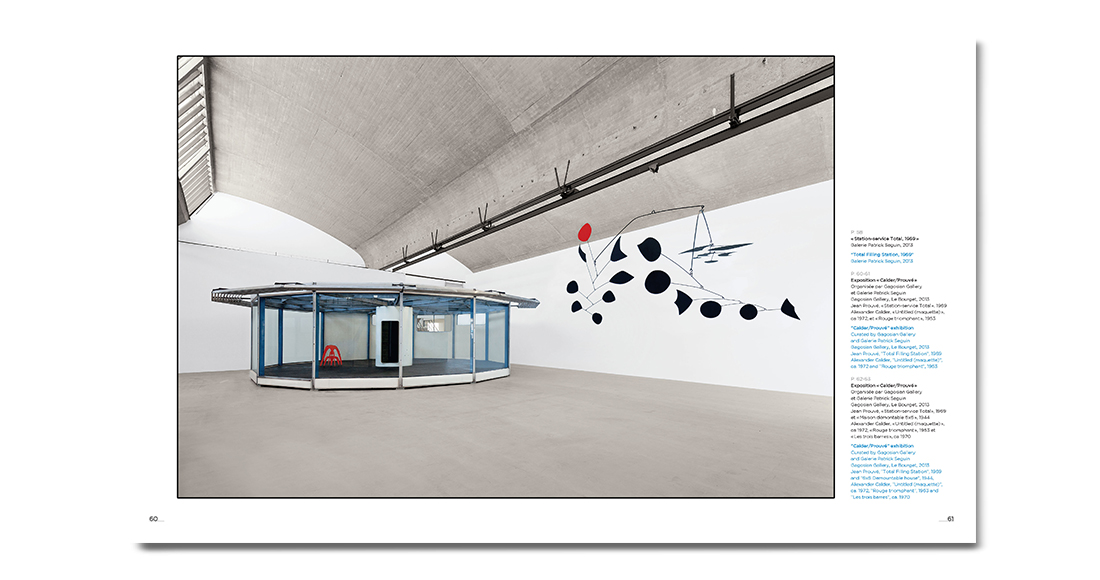 Since its opening in 1989 Galerie Patrick Seguin has been building a collection of Jean Prouvé demountable houses that is today the largest in the world. With 19 of these structures ranging from 172 to 2054 sq. ft., the gallery has worked strenuously to promote Jean Prouvé’s architecture through numerous exhibitions and fairs throughout the world, including at the MoMa in New York, DesignMiamiBasel/, the Venice Biennale, and the Pinacoteca Govanni e Marella Agnelli in Turin.
Accompanying its exhibitions, Galerie Patrick Seguin has also developed an editorial line of comprehensive publications and is currently releasing a set of 5 monographs dedicated to Jean Prouvé’s demountable architecture, illustrated with archival and contemporary photographs.
These 5 volumes are the first of 15 that will be released in 3 separate boxed sets over the course of 2015 and 2016.
Filling Station – In 1969 energy provider Total began implementing a mass-production policy for its gas stations including the large ones on France’s freeways as well as the smaller roadside units. To carry out this project, the company called in Jean Prouvé, who had already amply demonstrated his skills in the field of prefabrication. Using a radiating central-plan structure, this light, and rapidly, easily assembled building embodies the principles of prefabricated architecture.